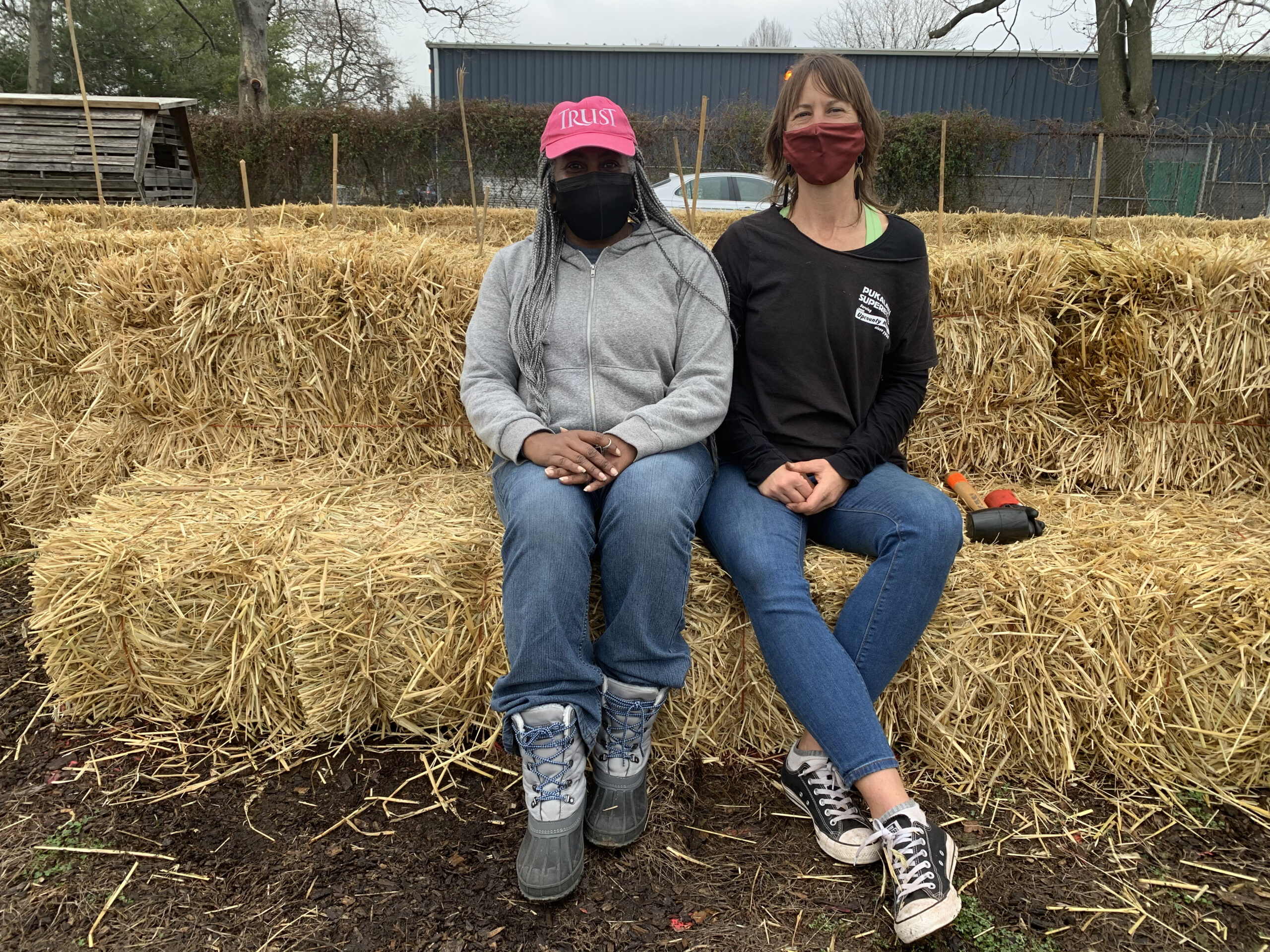 On Thursday, March 25, 2021, volunteers from the Trenton community got their hands dirty at the Capital City Farm while installing a Strawbale garden. Feature artist, Sarah Kavage, along with the support of the locals helped Trenton’s first urban farm expand its growing area into a future space for community togetherness. See video here: https://business.facebook.com/TrentonDailyNews/videos/1084190318742088

Located at 301 North Clinton Ave, the Capital City Farm is owned by The City of Trenton and established by D&R Greenway Land Trust. This outdoor community space, managed by the Garden State Agrihood, provides an opportunity for local creatives alike to congregate and reclaim land for food growing in the city’s urban area. Additional support for Thursday’s event came from Capital City Farm’s partners such as the Trenton Area Soup Kitchen,the Mercer County Park Commission, and Alliance for Watershed Education.

“This project is a part of a larger art initiative by The Alliance for Watershed Education.It’s a network of 23 organizations that do various missions related to water cleanliness, water quality, conservation” said Kavage. “Through that initiative, I’ve been commissioned to make artwork out of ecological materials at 17 different sites this spring and summer all over the watershed.”

Kavage has been working on this initiative for over three years. Initially, Kavage spoke with Kelly Rypkema, the Manager of the Tulpehaking Nature Center through the Mercer County Park Commission about installing an art piece at that location. However, after further analysis, Kavage decided that the project would be better suited in the heart of Trenton.

“The more that we talked about it, the more that it just seemed to make a lot more sense to do something actually in Trenton proper, because there was just so much more opportunity to activate the community through food growing and art,” said Kavage. “To ask people to come all the way up there is different than when it’s right in your neighborhood.”

Already a fan of Capital City Farm and their work to bring the community together, Kavage began working of the strawbale instillation entitled, The Future is Open-Ended. According to Kavage, the theme streams from the city’s history of red lining and unnecessary barriers.

“There was a lot of discussion about how that part of the city was designed by lines other people put on a map,” said Kavage. “This theme is about taking away those boundaries.”

Thursday’s instillation was just the beginning. Community members from different organizations such as East Trenton Collaborative and Anchor House came to lend a helping hand in laying out piles of strawbales in swirling rows. Each row was then layered with a second strawbale for vegetables and flowers to be planted in in the near future.

“Part of the the art initiative is to sort of use art as a relationship building tool and a way to use arts and culture to grow relationships with both each other and the work that’s being done in the community, but also with the natural world,” said Kavage. “So, food growing and food sovereignty, to me, is a huge part of that. It’s such a beautiful way to engage with life.”

Capital City Garden has multiple plans floating around for the use of the space once it is abundant with flowers and food. They are hoping to have community events, organization meetings, and possible outdoor dining experiences.

“The vision is for the farm is for it to become this space that is owned and operated and part of the community,” said Kavage. “This is part of a way to just make what’s happening here more visible, and to bring people in, and to start to really talk about this next chapter and what that’s going to look like.”

For more information about the Capital City Farm or for updates on the The Future is Open-Ended project, visit their Facebook page HERE.