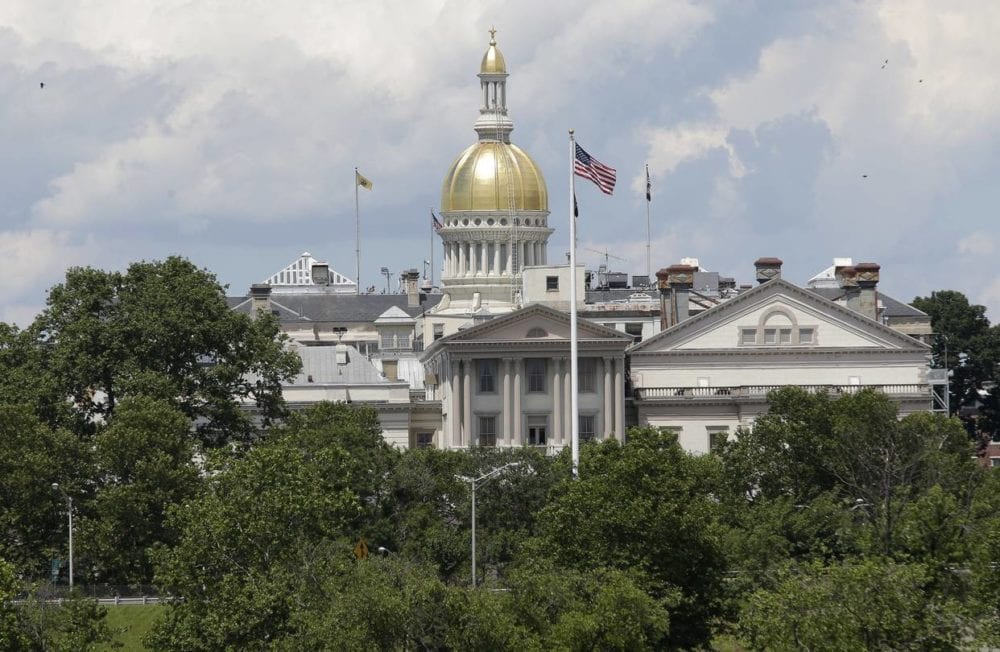 Home to New Jersey’s democratic process, the New Jersey State House has welcomed various administrations since the 1700’s and has seen the city through major events throughout its rich history. An important piece of Trenton’s political and cultural fabric, 125 West State Street stands as a treasured landmark symbolizing the city’s past, present and future.

Jonathan Doane, the man who conceptualized and built the New Jersey State House, did so in the year 1792. The 3.75-acre piece of land that the building sat on was purchased for about 250 English Pounds (or about $400 dollars today). Once finished the State House stood two and a half stories tall.

On the first floor of the building lived the legislative chambers, to the west one could find the Legislative Council (Senate) and to the east the General Assembly. The second floor of the building housed both judicial offices and the office of the Governor. In 1845 John Notman (an architect from Philadelphia) was hired to construct the building’s two and three story stepped office wing on the buildings north end. It was also during this time that the State House gained its iconic dome which rests on top of the building at its tallest point.

On March 21st, 1885, a fire engulfed the empty State House and subsequently destroyed the State Street wing. It was after this tragic event that Lewis Broome of Jersey City was contacted to conceptualize the building’s reconstruction.

“He designed the building in a simplified Second Empire style with three stories and limestone facing. He also added a new rotunda and dome that were more proportional to the scale of the building.”

Up until 1903 other expansions were added to each of the building’s individual wings. During that year the building was given a face-lift and its interior was remodeled in the “American Renaissance” style, giving it a more modern feel. In both 1906 and 1911 the building was again under construction for expansions on its east and west wing.

In the year 1960, a plan was conceived which would have demolished the entire State House, but never took flight. Today, the State is focused on preserving and restoring New Jersey’s State House to its former glory. It’s a building that has withstood the test of time.