Home Community General Community The Three Doctors Will Host A Mentorship Program at the New Trenton... 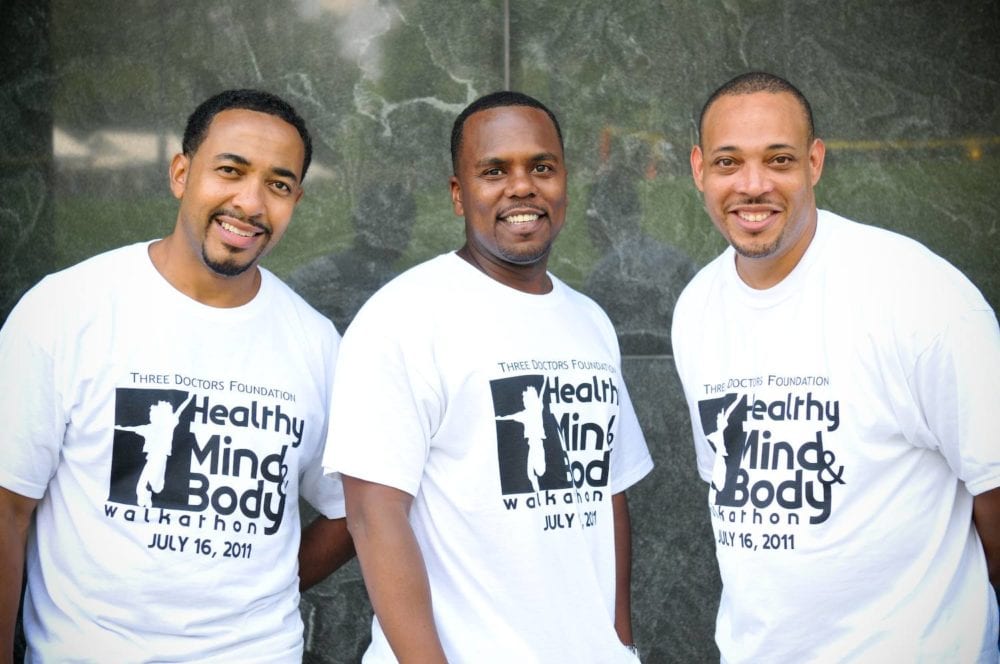 On Saturday, September 14, the new Trenton Central High School will open its doors to the community in a Mentorship Program directed by The Three Doctors.

Sampson Davis MD, George Jenkins DMD, and Rameck Hunt MD have branded themselves as The Three Doctors. As teens growing up in Newark–one of the poorest, most crime filled cities in the country, they decided to be more than a statistic. The three young men made a pact that they would become doctors. The journey was never easy, but through education, Davis, Jenkins, and Hunt were able to beat the streets.

Now successful doctors, the three have remained together and effortlessly work with various communities that face the same problems they did growing up. Their mission is, “to inspire and motivate youth through education, to achieve leadership and career success in their community through the formation of positive peer and mentor relationships.”

Dr. Davis believes, “It is extremely important that I stay in tune with my community.” Davis works and has written a book on his experiences working as an emergency room doctor in the same hospital where he was born. Davis say that he hopes to become the Michael Jordan of education, so that learning becomes a glamourized trend throughout all communities.

The Three Doctors also believe that, ““Our Children Can Not Aspire To Be What They Can Not See.” Dr. Hunt expresses, ” My passion exists because others believed in me,” adding, “if I can trigger that in someone else, then I’ll try my best to do just that.”

Thus, The Three Doctors year by year stand up and inspire the following generations, from walkathons to conferences they work to give back to their and other communities that have so many at risk youth. This year the Three Doctors are coming to Trenton!

In a mentorship program open to teens from Trenton and the surrounding areas, they will work with the parents and youth to reassure that we can all be the exception to the statistic.

To learn more about them or to order their bestselling books, visit The Three Doctors’ Website.