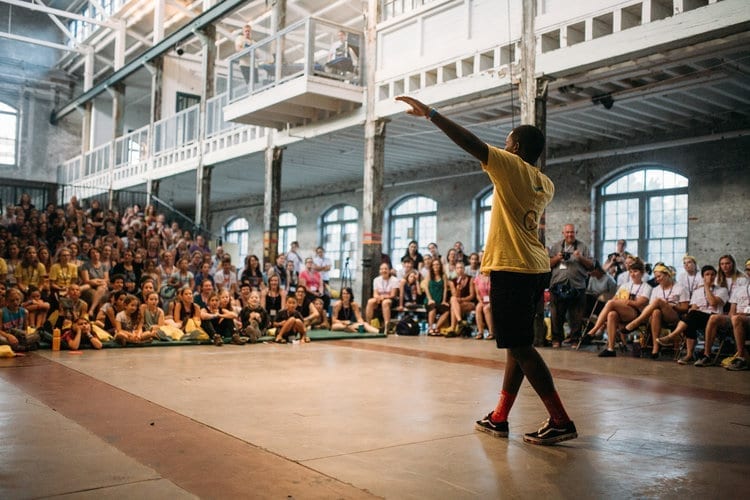 Per the recommendation of several fellow students at The College of New Jersey, I decided to check out the Trenton Circus Squad. With a name that elicits a raise of one’s eyebrow, you would not anticipate all the good this organization has brought to the Trenton area. A truly unique non-profit, the Trenton Circus Squad was co-founded back in 2015 and has seen growth over the years. Currently, the group employs approximately 50 members between the ages of 12 and 18 years. This program is in no way meant to be a circus training school, instead it is a place where the arts of the circus are utilized to teach real life skills.

Under the management and supervision of Thomas von Oehsen, he hopes to provide all his participating members with an environment that is not only fun and engaging but also supportive and helps push all students into a brighter future. Von Oehen welcomes his participants three five days a week for around 3 to 4 hours after school ends. He strives to make sure that when his kids are at the center, they are able to learn new skills that will propel them forward in life.

The program provided is free to all members. As such, Trenton Circus Squad relies heavily upon the donations and support of public funding and charitable donations. Local non-profit groups fund many of the students’ attendance.

The circus group, utilizing the performative skills they have learned, travel to various locations to put on shows for the community. Some the more frequently visited venues would be nearby children’s hospitals and nursing homes. In between shows, the group continues to practice their routines and learn new skill in preparation for their next big performance.

Recently, I was fortunate enough to meet a volunteer for the organization who is a student at the College of New Jersey and get her thoughts on the work she has done. She mentioned how lucky she felt to be able to help make a positive, lasting impact on all the kids who entered the center. Having an interest in education and molding young minds, she lauded the Circus Squad for being an accessible environment that promoted growth and development. She mentioned the effectiveness of the program that she has witnessed herself.

The duality of fun and learning that is incorporated into this after school program is exactly what the children of Trenton need to be exposed to during their formative years.