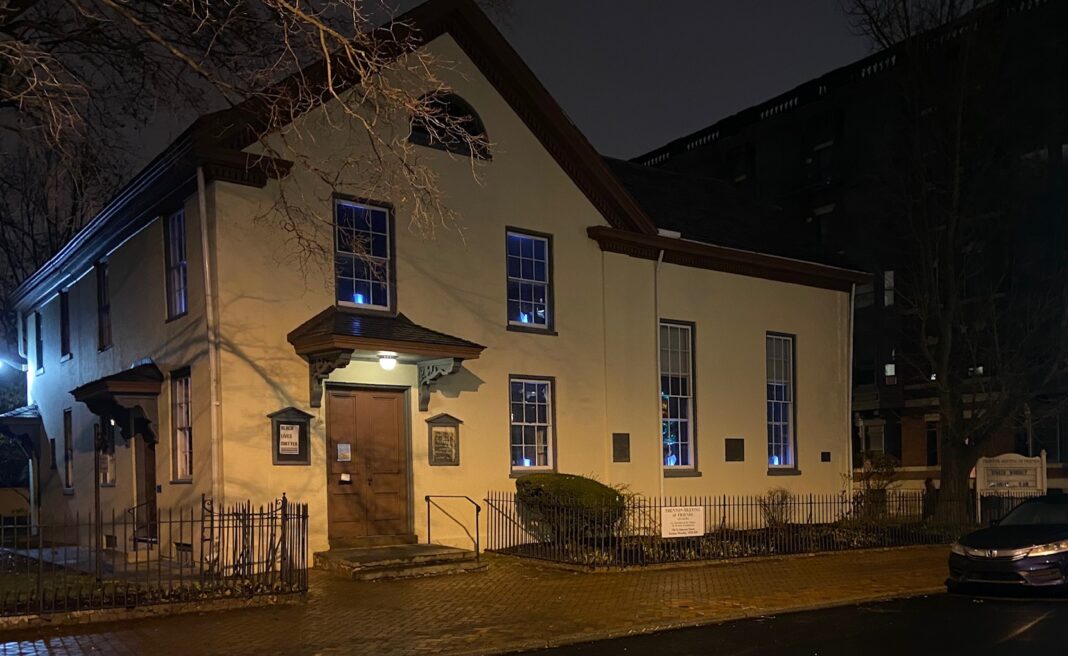 The Friends Meeting House is one of Trenton’s oldest and most historic buildings. Today, we take a journey through the landmark’s iconic past.

The Friends Meeting House is one of Trenton’s remaining relics of the Colonial era. The structure was built in 1739 and was initially utilized as a place of worship for Quaker settlers who resided in the region. Although the Quakers had been settled along Delaware since the 1680s, there would not be an established meetinghouse in part for several years. However, after finally receiving permission from the Chesterfield Meeting, another regular group of Quakers in the area, the Society of Friends in Trenton, was able to construct a proper gathering place in November 1739.

The Religious Society of Friends, colloquially known as the Quakers, is a denomination of Protestant Christianity. Quakers are most widely known for their distinctive worship practices, which sometimes involve sitting in silence while awaiting a message from the Holy Spirit. Their firm belief that the presence of God is in every person has defined their faith.

The Quakers were agents of change from their establishment in the 17th century to the modern era. As outspoken advocates for the abolition of slavery and women’s suffrage, the Quakers have historically voiced their support for and made great strides toward social progress. They are also outspoken pacifists, a belief characterized by an opposition to war and violence. The meetinghouse built in Trenton was a place where members of this faith could worship, discuss these ideas, and connect in fellowship with other believers.

The meetinghouse in Trenton was a simple but striking fixture – the building was originally one large room, later split into a hall and an area for worship. Congregants would gather on two prominent benches for prayer, while the officers would have facing benches. The officer’s seating area remains the same today, offering a subtle nod to the building’s roots. What defines the legacy of the Friends Meeting House is longevity – although the world around it has changed fundamentally, the meetinghouse has remained steadfast in both its appearance and purpose.

Considering the Quakers’ long-standing history in the region, it should be no surprise that the Friends Meeting House was integral to Trenton’s role in the American Revolution. While the Revolutionary War was underway, the British Dragoons and Continental Soldiers sought shelter under the meetinghouse roof. The space was also used as a meeting place for the Convention of New Jersey Province in 1776. George Clymer, a signer of the Declaration of Independence, is also buried in the meetinghouse cemetery.

Over the years, differences arose between two subsects of the religion, the Hicksites and the Orthodox Quakers. These disagreements would ultimately boil over, causing the congregation to split. The Orthodox section of the assembly moved to a meetinghouse on Mercer St., which would later be converted into a community center. Meanwhile, the Hicksites remained at the Meetinghouse on East Hanover Street. In 1873 and 1896, the Hicksites made significant changes to the building, considerably changing the layout of the space. However, much of the original structure remains as a living homage to the historic building’s roots.

In 2008, the meetinghouse was added to the National Register of Historic Places, the federal government’s official registry of historically significant districts, sites, buildings, structures, and objects deemed worthy of preservation. The Friends Meeting House has also been awarded grants from the Garden State Historic Preservation Trust Fund. Even now, all these decades later, the space is still used as a place of worship and an anchor of community engagement. The Trenton Quakers are active and engaged members of our community, and their contributions are felt daily. If you want to read more about what the Quaker community is up to, you can read more on their website here: Trenton Meeting of Friends. The next time you drive down East Hanover St., we hope you’ll have a special appreciation for this little piece of history. 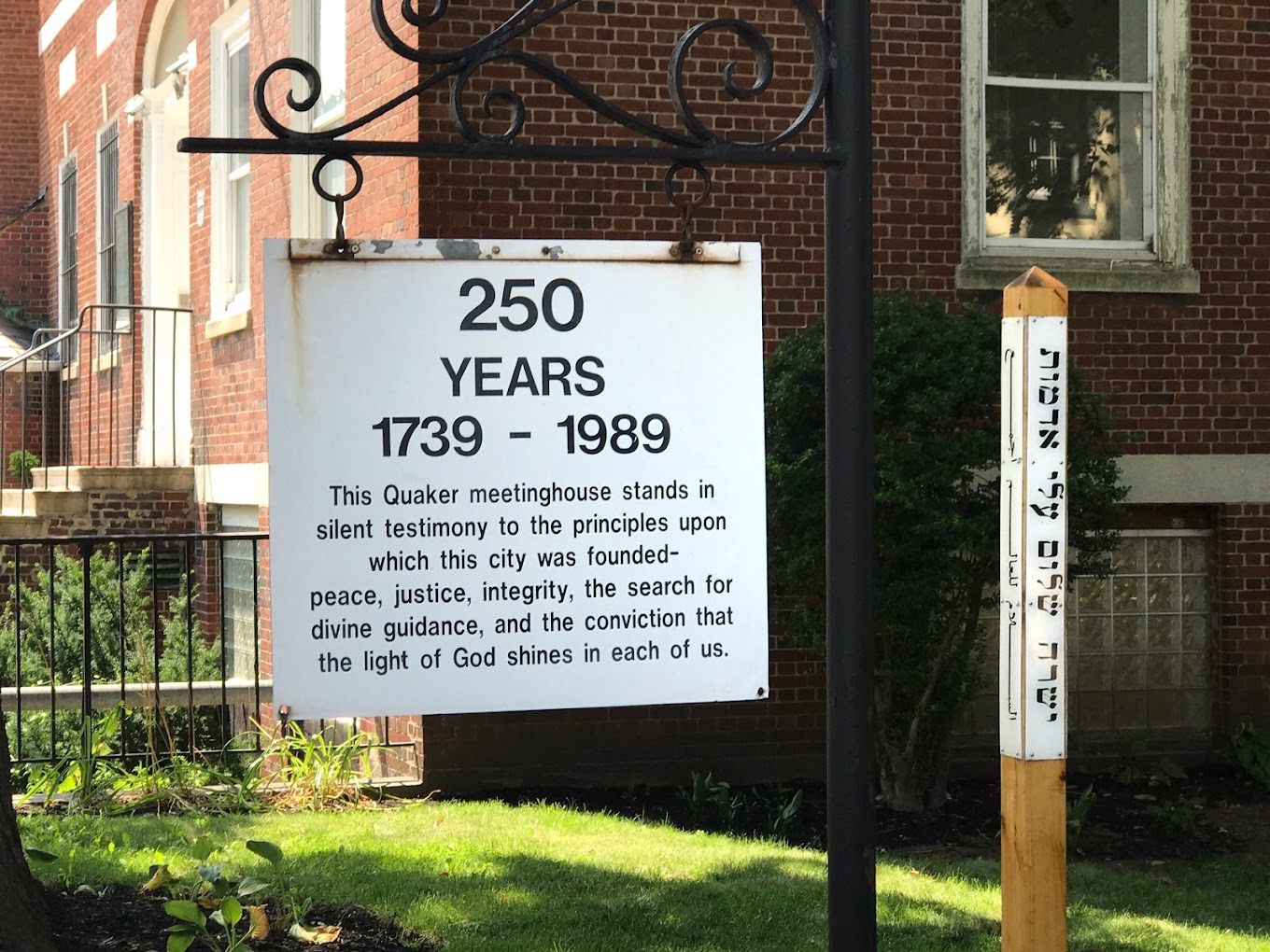