Home Features History This Week in History: Women’s Suffrage in the Capital City 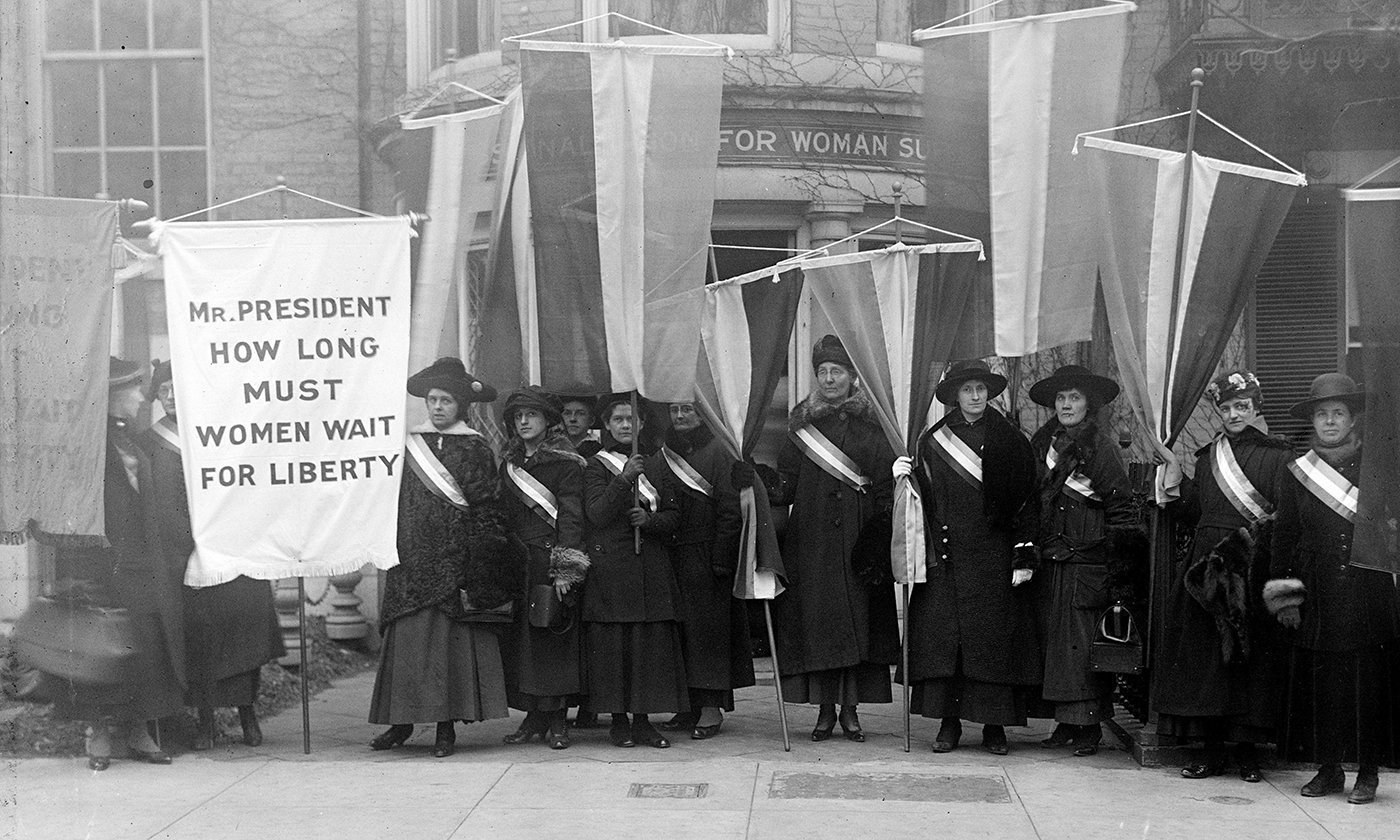 With campaign ads on every TV and signs on every corner, the upcoming November 8th election is on everyone’s mind. Voting remains one of the cornerstones of our democracy and empowers citizens to have a say in the course of their governance. Not long ago, large swaths of our population could only dream of casting their ballots. However, through the efforts and hard-fought battles of activists long before us, Americans from all walks of life are now empowered to make their voices heard on Election Day. And as it turns out, activists right here in the Garden State were an integral part of making that happen.

Before the passage of the 19th amendment in 1919, women were banned from voting in the United States. The general belief at the time was that women were inferior to men and did not have the mental wherewithal to participate in elections. Furthermore, men feared that allowing women to vote would cause women to “neglect their home and family, causing society to unravel.” Although these assertions were untrue, it was the justification used to keep women subjugated for decades. Eventually, women would grow tired of second-class citizenship and go on to kick off the Suffragette movement, ultimately securing the right to vote for all women.

Much of the fight for women’s suffrage happened right here in the Garden State. What makes New Jersey unique is that before 1807, women in New Jersey did briefly have the right to vote. In 1776, the colonies were preparing to declare independence from the British and NJ had to quickly piece together a State Constitution. Although many portions of the Constitution refer to a “he” when espousing rights, in the section regarding voting, the language was changed to gender-neutral verbiage, declaring “All inhabitants who are worth at least 50 pounds and have lived in New Jersey for a year, they shall have the right to vote.” However, fearing female participation in politics, the men in power would go on to specify that the right was for men exclusively in 1807.

Women’s frustrations did ultimately boil over, leading to years of protests, petitions, and advocacy. In 1867, Lucy Stone, a leading suffragist, and abolitionist, would go directly to the State House in Trenton to question why women were unable to vote. In her testimony, she’d go on to state “If ‘all political power is inherent in the people, why have women, who are more than half the entire population of this state, no political existence?” Although the men in power could not provide a clear justification, they remained unwilling to change the law. Stone and other activists began the New Jersey Woman Suffrage Association.

At a time when women were to be keepers of the home, the emergence of powerful, politically-engaged activists was a shock to the system. Critics continued to belittle women, claiming that politics was simply not a realm women should be participating in. In 1884, the Trentonian even stated “The moment woman votes, that moment she gets herself into politics, that moment she becomes unsexed and degraded … Let the woman be satisfied with her present sphere.” However, as the movement began to gain traction, it was clear that there was no turning back.

In 1915, the first referendum in New Jersey was held, raising the question of whether women should vote. Although arguments would be made for both sides, the referendum ultimately failed. 58% of voters said no with only 42% affirming women’s right to vote. According to John Blackwell of the Trentonian, only 38% of Trenton voters were pro-suffrage.

Focus then shifted to tackling the issue at the federal level, ultimately leading to the passage of the 19th Amendment in June 1919. New Jersey would go on to be the 29th state to ratify the 19th Amendment in January 1920. Just a few short months later in November 1920, NJ women were able to vote for the very first time.

Since 1920, women in New Jersey have been a powerful voting block and are a critical part of a healthy, thriving democracy. So when you’re casting your vote on November 8th, take a moment of gratitude for those who fought to make this possible.