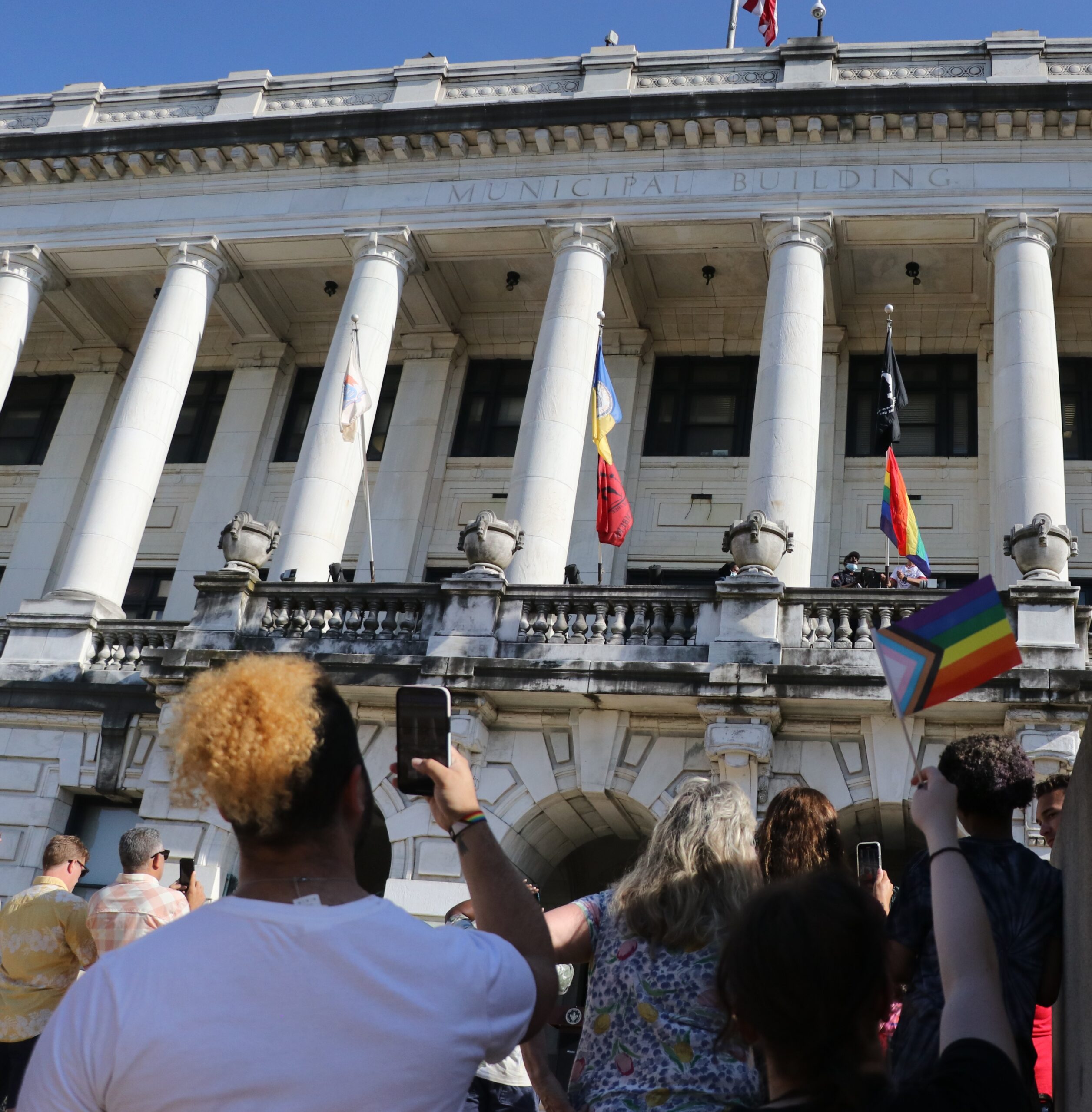 Trenton celebrated Pride Month throughout the city with flag raisings, art galleries, and a Trenton Thunder pride night that topped off with a firework show for the masses.

This was one of the reasons why a Pride celebration was held at the Trenton Social last Wednesday, hosted by Community Activist Kadja Manuel.  “Visibility. Visibility… It’s important that LGBTQ folks are out there open, showing regular community members that we’re just like them and that we can do anything that you know we put our minds to,” said Manuel.

“I don’t think that at the council level in the leadership, we have had enough LGBTQ+. I think it starts with the leadership. Of course, we have a mayor, but that’s new, right. So we’re heading in the right direction,” said Karen Hernandez-Granzen, Pastor of Westminster Presbyterian Church of Trenton.

“I don’t like to think of myself as the gay mayor, but a mayor that happens to be gay, and that it’s just one more voice in the City of Trenton. It’s great to celebrate diversity,” Mayor Reed Gusciora said.

There were flags raised both on City Hall and The Mercer County Annex. Trenton Thunder even hosted a pride night on Thursday ending the with a fireworks show full of the rainbow spectrum. Jay Lassiter, a gay man from Cherry Hill, New Jersey, threw the night’s first pitch.

“That was exciting and nerve-wracking…There are a lot of people watching…You need to nail it because you don’t want to confirm those negative stereotypes about gay people that we’re not good at sports or that we can’t throw a ball,” Lassiter said.

He explained that although there has been a lot of movement in the right direction.”It’s fun. And it’s also a reminder an era where we kind of thought we sort of turn the corner on gay rights. There are a lot of people that are sort of clapping back at the progress that we’ve made. And this is just reminding people that we’re just like them. We love baseball. We love chicken tenders. We love Cracker Jacks, all the material features of America’s pastime, that includes us as well,” Lassiter said.

One Trenton resident tried their best to get to every Pride Celebration: Taheria Brown. They explained that they flaunt their LGBTQ+ Pride and they are encouraging other people to do the same. “You celebrate your Pride. You let the people know who you are, and you don’t hide,  you come out and you flaunt it,” Brown said.