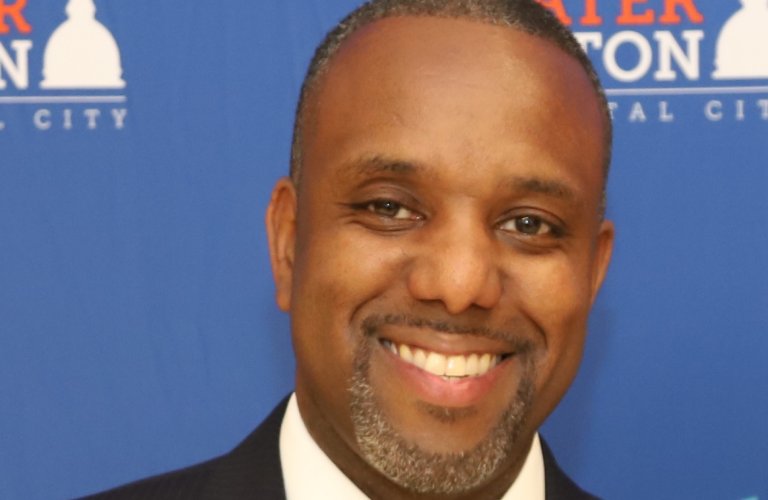 The Trenton Downtown Association (TDA) recently announced the appointment of Greater Trenton’s own Bryan Evans as the organization’s Chairman. As a champion for New Jersey’s Capital City with years of experience in economic development, Evans brings a great deal of passion, commitment, and knowledge to his role as TDA’s Board Chair. Evans, who also serves on the boards of The Father Center of New Jersey and United Way of Northern New Jersey, is joined in his new role by a TDA executive committee which includes William “Butch” Osterman, Vice Chair; Anne LaBate, Treasurer; and Cassandra “Cassie” Sanchez, Secretary.

Evans serves as Senior Vice President for Greater Trenton, an independent 501(c)(3) nonprofit that uses private funding and a network of collaborative relationships to advance economic revitalization efforts in Trenton: New Jersey’s Capital City. He joined the organization in 2017 with more than 20 years of experience leading economic development and marketing efforts in New York, New Jersey, Philadelphia, and Delaware.

As Founder of TrentonDaily, a publication of Greater Trenton, Evans continues to shine a positive light on the people, organizations, initiatives, historic moments, events, arts & culture, and business attractions that make Trenton, NJ a unique and inspiring place to live, work and play.

Before joining Greater Trenton, Evans served as Vice President for a prominent real estate development firm promoting the company’s existing real estate assets and philanthropic organization. Prior to that, he served as Director of Public Relations and Publications at Select Greater Philadelphia, where he was instrumental in promoting the 11-County Greater Philadelphia Region as a premier business destination.
He also served as Director of Policy Communications for The Greater Philadelphia Chamber of Commerce as well as the Director of Public Affairs for the Alliance for Downtown New York, where he worked with the mayor’s office and various city, state, and private agencies to help bolster the region’s economy by promoting key businesses, cultural institutions, landmark attractions, and real estate incentives after the devastation of 9/11. He also led public relations and communications efforts for a number of start-up companies after managing several key client relationships at Burson-Marsteller in New York City.

Earlier in his career, Evans served as Manager of Special Events for the Central Park Conservancy, where he led large-scale events at New York City’s prominent Central Park.

Since its founding in 1986, the Trenton Downtown Association has been strengthening the downtown region and encouraging investment in our great city. Through its wide assortment of programs and initiatives, the TDA hopes to create a competitive environment for business owners, make the city an attractive spot for workers and visitors, and above all else make, our community a wonderful place to live.

In 2022, the TDA made incredible strides – just a few of the last year’s highlights include:

Some of the many exciting plans for 2023 include expanded crews, enhanced equipment, and data-driven decisions to better inform programs and services moving forward. The priorities for the upcoming year include: