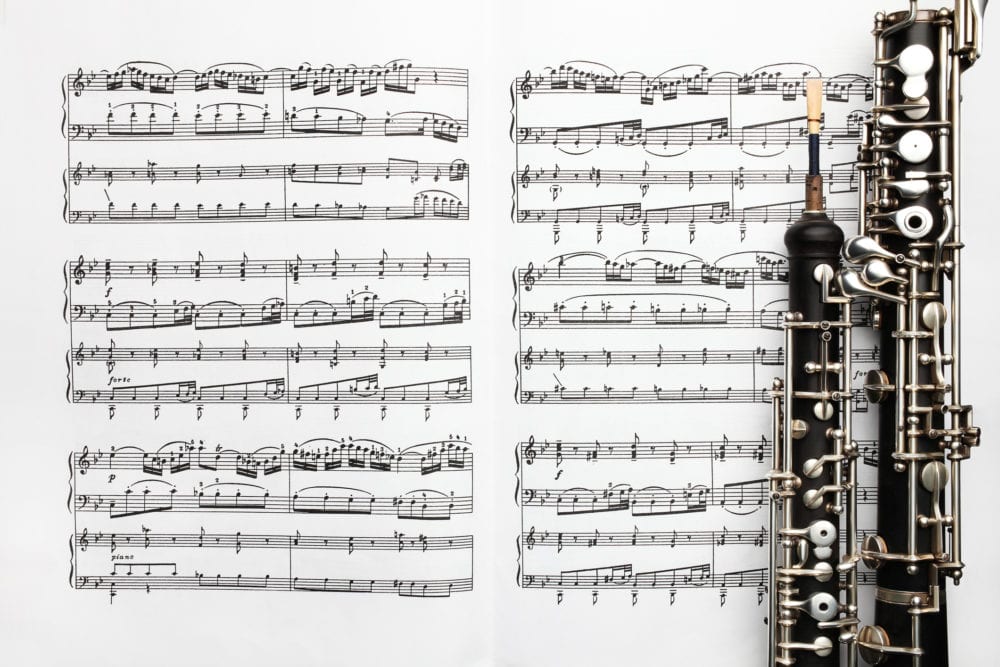 Trenton Public Schools received a significant boost from Russo Music, which just yesterday donated more than $100,000 worth of new Yamaha percussion and wind instruments to the school’s music program.

The generous gift from the local musical instrument dealer was made in support of the district’s growth of their instrumental music programs. The new instruments will impact more than 200 students who now participate in band, orchestra and marching band at Trenton Central High School (TCHS), Hedgepeth-Williams Middle School of the Arts, Luis Munoz Rivera Middle School, Grace A. Dunn Middle School and Joyce Kilmer Middle School.

The instruments were presented during a special ceremony held on April 15 at Trenton Board of Education Headquarters during the Trenton Board of Education meeting. Michelle Forester, vice president of Russo Music and Dan Brewer, district manager, Yamaha Corporation of America made the presentation to Norberto Diaz, supervisor of visual and performing arts and partnerships, Trenton Public Schools; and Ted Plunkett, marching band director, Trenton Public Schools.

“Russo Music has been an extraordinary partner in supporting our music programs at Trenton Public Schools and this donation will help us to provide quality music education experiences to the students across the district,” said Diaz. “The new instruments will allow us the opportunity to teach timpani to our middle school students and provide marching French horns to the TCHS Marching Band for the first time. We are extremely thankful to have been given the tools needed to push our music programs further than they have ever been.”

In recent years, the district faced a challenge for its music program due to a lack of a “feeder system” which withheld students’ exposure to musical instruments at an early age. By the time they advanced to the high school, equipped with active programs, students had little familiarity with instrumental music, resulting in low recruitment and retention rates. Since then, the programs were brought back to life by the persistence of Plunkett and Diaz, who revived the TCHS Marching Band and implemented instrumental music into every school in the district.

“Russo Music has always been an advocate of supporting local schools and we are happy to provide the students of Trenton Public Schools with an opportunity to receive an education in music and play an instrument that might not have been possible without this donation,” said Michelle Forester.

“The Yamaha philosophy has always been to encourage music education in students and provide educators with quality instruments to create a positive experience. I’m proud to be donating Yamaha products and feel it’s very appropriate given their active role in supporting music education.”

Forester adds that Russo Music holds a strong value to serving the community, as it strengthens the instruction of music educators as well as their programs, sustaining upcoming generations of musicians.

Stephen and Lucy Russo, founders of Russo Music and parents of Michelle Forester, were both musicians and students in the Trenton Public School system. The Russo’s ran the music store for more than 50 years, and throughout that time, donated and supported music education in the district in an effort to help the students and music programs grow and succeed.

Russo Music was one of the first Yamaha Band & Orchestral dealers in New Jersey, and since 1970, Russo Music and Yamaha have built a strong partnership that has brought the joy of music making to countless members of the greater-Trenton area. It is in this spirit and honor of her parents, that Michelle and the staff of Russo Music, with the support of Yamaha, made this generous donation to Trenton Public Schools.