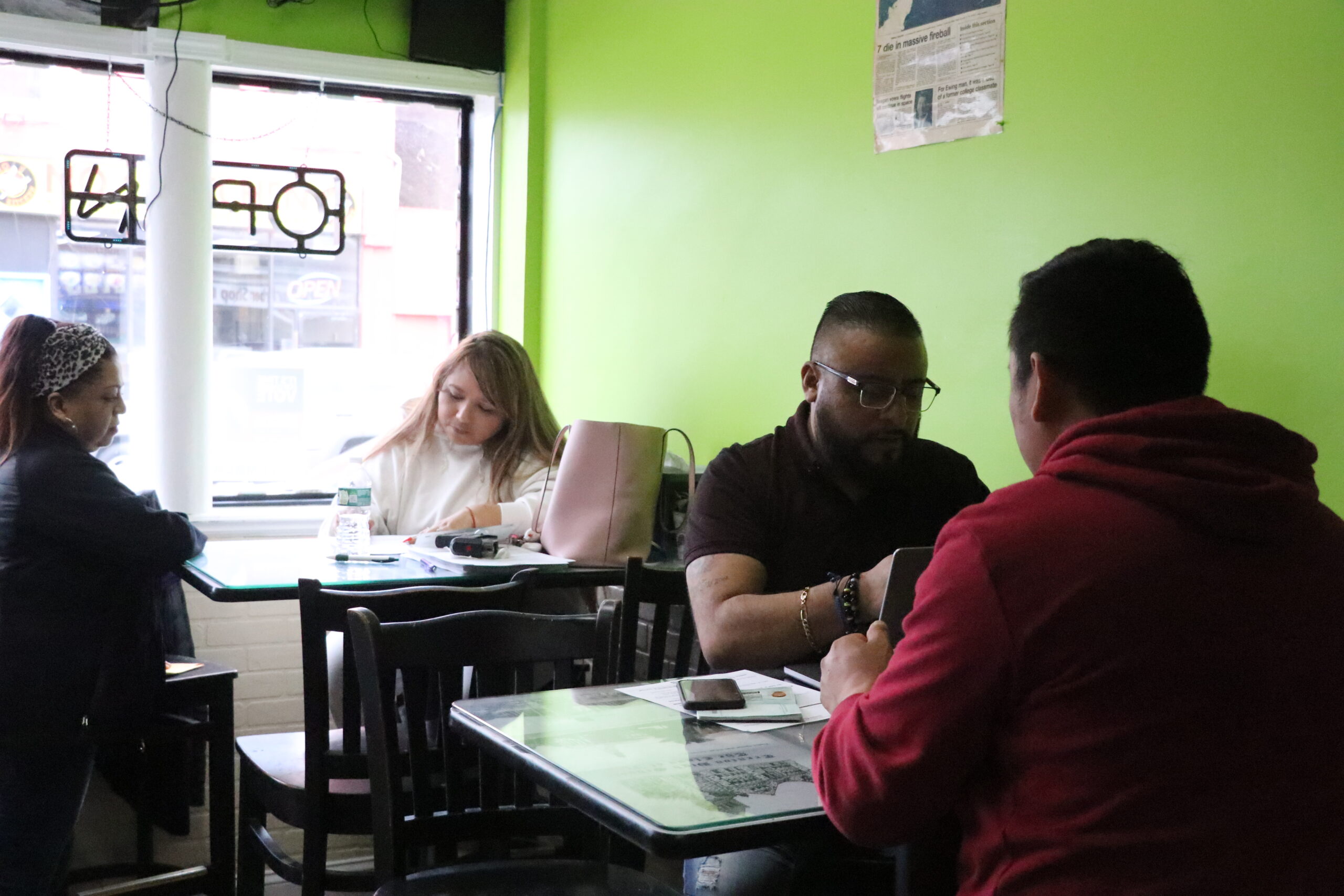 At Jerry’s Pizza shop on South Broad Street, two Trenton residents set up shop on the tall table and chairs where your legs hang off. Mariana Tobar, a Trenton resident and licensed notary public and Waldemar Isaac Ronquillo-DeLeon, a community activist, have been helping undocumented residents across New Jersey get their IDs to avoid deportation.

They started this practice last year after New Jersey enacted legislation to allow undocumented immigrants to obtain legal IDs from the Motor Vehicle Commission in May of 2021.

“What we were doing today is helping people get started,” Ronquillo-DeLeon said. “You come in with your passport, then upload your name and information.”Ronquillo-DeLeon then makes the appointment at the nearest DMV for the client.

These sessions came about after Ronquillo-DeLeon noticed that people were charging for what he said should have been a free service. “So we started doing this for free, helping people.”  He sets appointments, but he helps people study for the driver’s exam. “We connected to the  Motor Vehicle Commission for (driver’s manuals), so they give us the Spanish versions so we can give it to people for free,” Ronquillo-DeLeon said.

Since then, the pair has set up shop in pizzerias, take-out restaurants, laundromats, and other areas that will likely reach the community they are looking to help. Tobar said that this way is the best for people to live in the United States. “We have seen people getting their paperwork together because that’s the only way that they can get insurance and then they be verified… it’s better for you to have a driver’s license that not to have one,” Tobar said

Tobar explained that she could also notarize essential documents right on the spot for those who need to. She was trained as a notary public to help in the best way. “I became a (notary public), I believe, two years ago because I know that people needed documents notarized. So if I didn’t have that, I could not help enough,” Tobar said.

The pair helped anyone that came in, often switching languages from English to Spanish to translate and make sure Trenton residents had all the help they could get. The next place these two will set up shop will be at Manny’s HVAC at 100 Division Street on April 24.