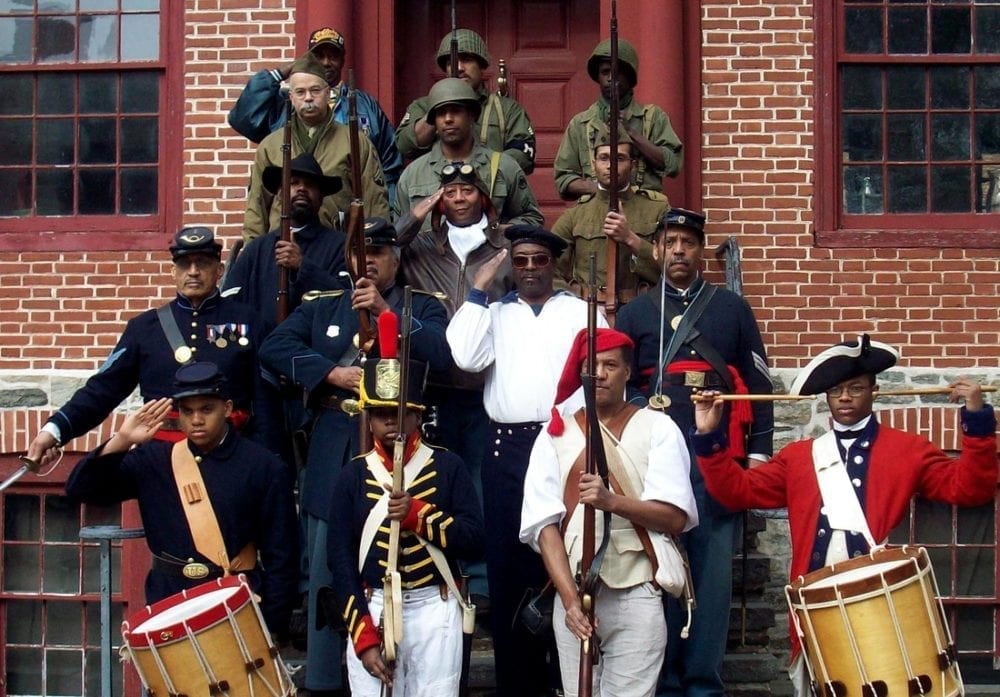 In the blistering cold of late December 1776 and early January 1777, George Washington and his troops traversed the area now known as Barrack Street to help turn the tide of the American Revolution. In the smothering heat of July and August 2019, Trenton youth followed in those very same footsteps at the Old Barracks summer camp.

Located on 101 Barrack Street, the Old Barracks celebrates Trenton’s prominent role in the American Revolution by hosting events and tours throughout the year as well as a series of one-week summer camps for youth ages 9-12. However, enrollment in these camps was declining and more concerning was the absence of Trenton youth in this Trenton historical camp. Lisa Willever, a former Trenton public school teacher and founder of the Nicky Fifth Foundation, recalled the experiences her sons had at the camp. Her foundation alongside her husband, who is a chief in the Trenton Fire Department, worked to secure funds via the Trenton Fire Department, Mercer County Prosecutor’s Office, and Capital City Community Coalition. The organizations were able to secure the funds ($200 per camper) necessary to fully immerse Trenton youth in this American Revolution free of charge.

Trenton youth were treated to a free American Revolution experience. For an entire week, youth were able to learn dances and songs of the American Revolution, march like the soldiers, dress to local historical sites, and play colonial games such as Stagg (modern day red-light green-light). As the “soldiers” ended their week, they attended a Mustering Out Ceremony where General Washington dismissed them from the army. As many of the soldiers were “mustered out” they turned and presented their certificates.

If you heard the footsteps of soldiers at the Old Barracks this summer, there’s no reason to be alarmed. It was the sound of Trenton youth turning the tides of the American Revolution just as General Washington and his troops did centuries ago.

If you are interested in supporting the Nicky Fifth Foundation and sponsoring a youth’s attendance for 2020’s summer camp, please contact Lisa Willever at 609-209-9202 or email Lisawillever@gmail.com.