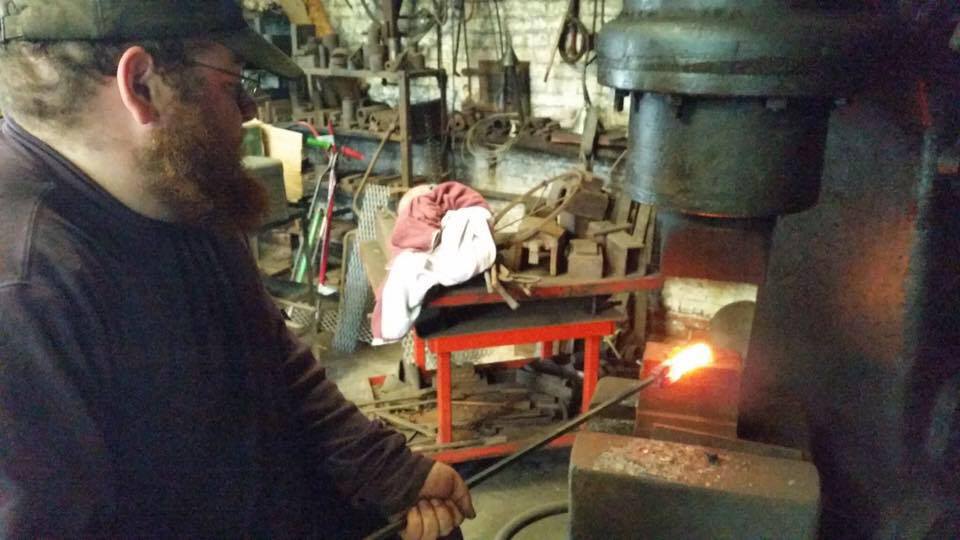 In Pre-World War II Germany, Sasha sat in his room with aspirations of being a concert pianist. He would bang the keys of ebony and ivory to produce wonderful art. However, at the age of 14 while living in Canada, he shifted paths and began banging hot coals of iron to produce art on his way to becoming a master blacksmith.

After living around the world in Germany, Australia, Italy, and Canada, Sasha came to the United States to study nuclear physics at Rutgers University and eventually became an air force pilot in the United States Air Force serving for nearly eight years and traveling to 76 different countries. While he’s seen the world from the cockpit and beyond, his work at The Blacksmith Shop in Trenton also spans the globe.

Available records date The Blacksmith Shop of Trenton to at least 1823 and it is still going strong today. Sasha Parubchenko purchased the shop in 1971 and took over as the master blacksmith. In the first two months the business was booming racking in a total of $100 over its first two months. After some initial struggles, Sasha has since turned the shop into a thriving business with ironworks, gates, and sculptures being produced for the Statue of Liberty, Review Cemetery, local golf courses, etc.

Today the business employs three other Trentonians in addition to Sasha who has been in Trenton since 1971. Sasha has also taught the art of blacksmithing to many other Trentonians ranging from ages seven to 72 years old through classes he runs every weekend.

The first thing everyone wants to make is a sword. If you visit The Blacksmith Shop of Trenton, you too can learn to make a sword to become a shining knight or create a live reenactment of the Legend of Zelda. It will take some time, but it is certainly worth it.

To learn the art of blacksmithing or to simply appreciate the specialized products made here in Trenton, visit Sasha Kaval (translates to Alexander the Blacksmith) and The Blacksmith Shop of Trenton at 334 North Olden Avenue this Saturday as part of Art All day or call them at (609) 396-9583. 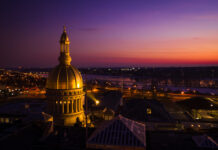