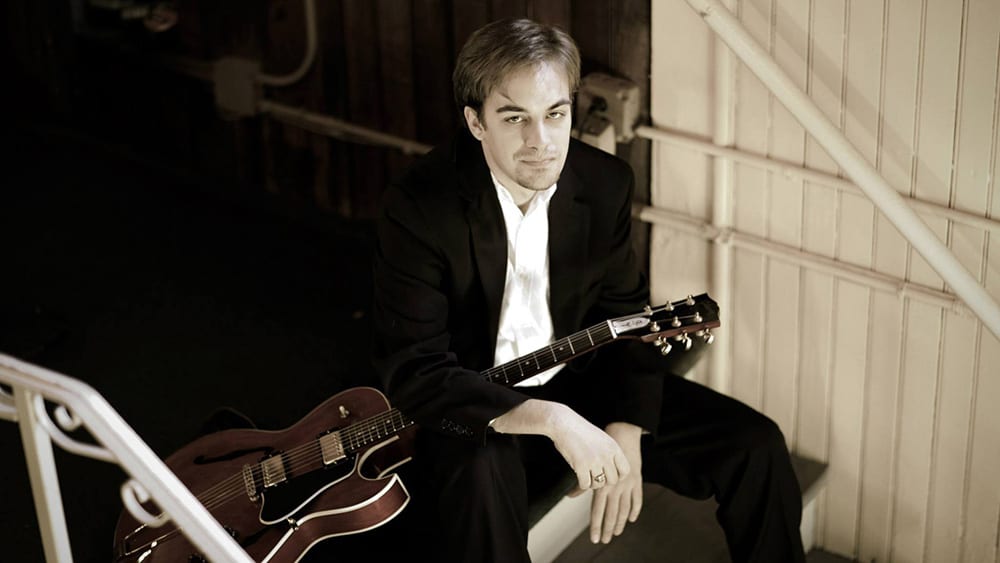 The 10 week Levitt Amp Concert Series at Mill Hill Park has been a big success and the fifth concert is happening today!

Head over to Mill Hill Park this evening and enjoy a free performance by PJ Rasmussen & The Boardwalk Jazz Band. The Levitt Foundation says, “The band was born in 2014 on Asbury Park’s boardwalk at the Langosta Lounge, where 17 weeks of performances culminated in a big band extravaganza. Rasmussen brought the band to City Winery in New York in 2016, intent to prove “jazz is music anybody can love.” Rasmussen, who started playing guitar at age 10, burst onto the jazz scene in 2013 with Adventures in Flight and Another Adventure, two albums lauded for making jazz accessible to non-jazz fans. With The Boardwalk Jazz Band, Rasmussen continues his efforts to transform jazz’s image from that of a fading art form into a dynamic, evolving, fresh sound. To this end, the band concentrates on new music rather than standards, incorporating elements of blues, rock, R&B and gospel. They also play covers of music by the likes of Elvis and Led Zeppelin in a jazz style. Rasmussen and three female vocalists front the band, which has 13 horns and a robust rhythm section.”

Also performing tonight will be Tom Tallitsch who is a Saxophonist, Composer, Recording Artist, Music Educator, and Host of ‘The Modern Jazz Radio Show.’

Jammin’ Crepes, Nomad Pizza, and 1911 SmokeHouse Bar-B-Que will be featured food vendors at the event.

Nomad Pizza is the best of fresh in a wood fire oven. Tom Grimes and Stalin Bedon started Nomad Pizza by catering parties out of the back of a 1949 REO Speedwagon truck. Bedon says that Nomad Pizza’s is made with five ingredients, “Water, yeast, salt, and flour, and we like to say that we add the fifth ingredient of LOVE.” Nomad Pizza has a location in Princeton, but save the commute and meet them at Mill Hill Park instead.

On board, providing delicious food will also be Trenton’s very own 1911 SmokeHouse. Enjoy smoked meat and wings. “At 1911 SmokeHouse Bar-B-Que fresh and homemade is our standard. Our commitment to food quality and hospitality is at the core of why we exist. We plan on creating an entirely new meaning to “Trenton Makes” by adding to our city’s roster, “Trenton Makes the World’s best BBQ.”

You can enjoy great music and great food but you have to be there to do so!