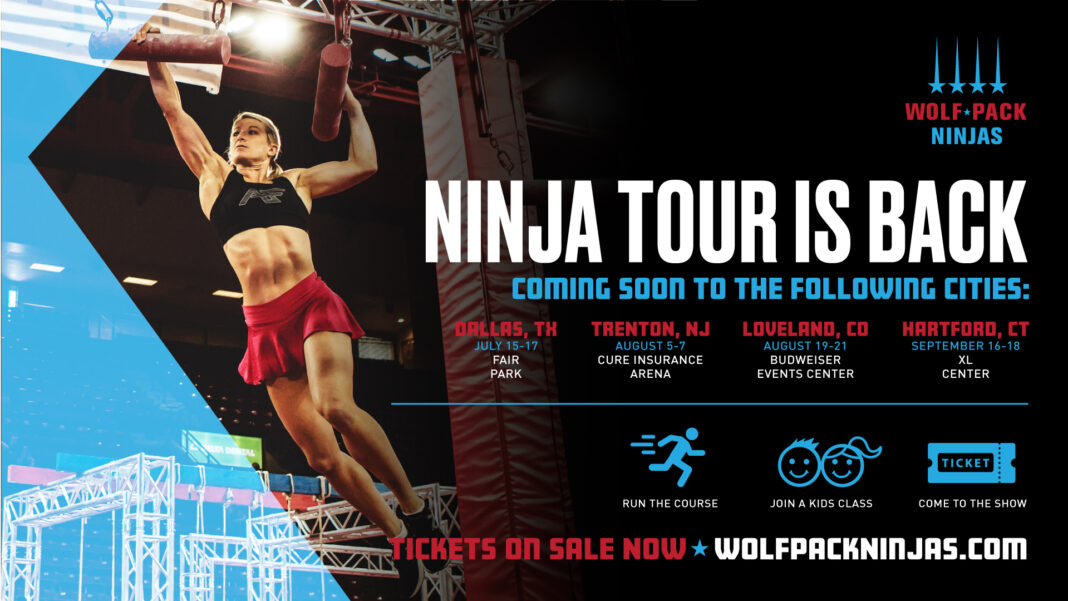 The Wolf Pack Ninja Tour will visit CURE Insurance Arena in Trenton on August 5-7 as part of a four-city tour in 2022 sponsored by U.S. Army Mid-Atlantic Recruiting! Tickets are on-sale Friday, March 18 at 10:00 a.m.  Please visit cureinsurancearena.com to purchase tickets!

The weekend-long event will include activities that allow Ninja fans of all ages to participate, interact and watch top ninjas compete at the highest level.  The weekend culminates in a bracket-style competition of the top-16 men and women who will race head-to-head for a chance to win $25,000 in front of a live audience.  Amateur Ninjas with backgrounds in OCR, Spartan, climbing, parkour, endurance sports, as well as athletes from more traditional sports, will have the chance to test themselves and qualify throughout the weekend for a spot in the Finals Competition.  The finals will feature the best of the best, including well-known Ninjas from across the world.

Tickets can be purchased for events throughout the weekend including:

“This event is action-packed fun for the entire family and features some of the best athletes in the world competing in a head-to-head environment,” said Dr. Noah Kaufman, aka the “Ninjadoc” and Co-founder and President of Wolf Pack Ninjas. “There are opportunities to interact with the top Ninjas throughout the weekend, making this a unique experience for Ninja fans.”

Kaufman has dedicated his life to emergency medicine and helping people. He competed on American Ninja Warrior for seven seasons between the regular ANW show and “Team Ninja Warrior”.  Dr. Kaufman is joined by top Colorado Ninja, Ian Dory, also a co-founder of the Wolf Pack Ninja Tour, who is the expert lead designer behind the amazing Wolf Pack head-to-head racing courses along with his team.