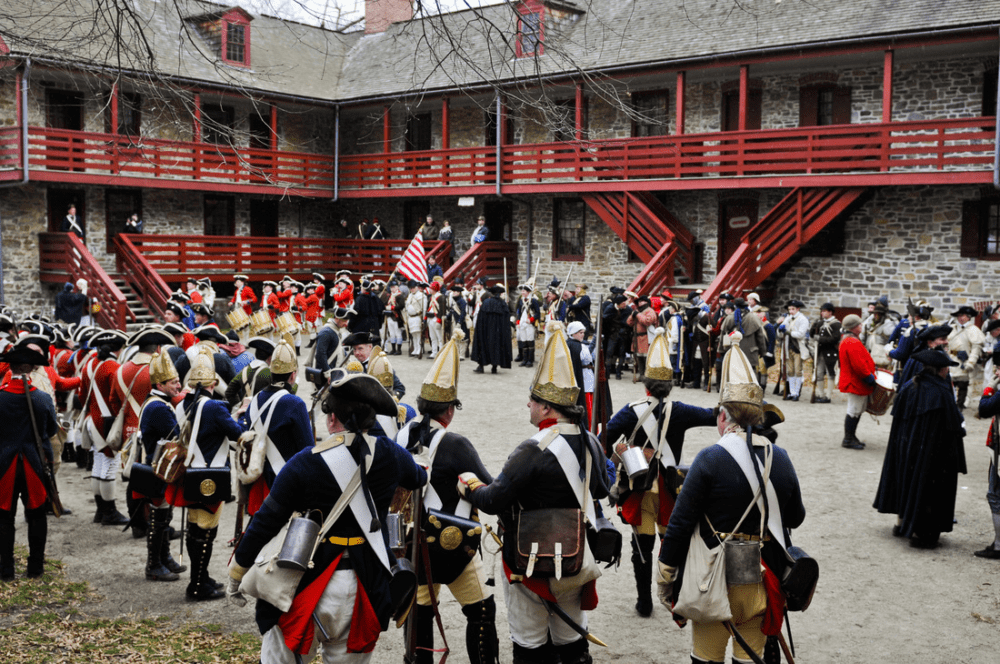 Patriots Week is an action-packed, six-day celebration of Trenton’s revolutionary role in America’s history! And while it’s centered around the famous two Battles of Trenton, it brings together many community and regional activities as well. And it’s super kid-friendly too.

In fact there’s so much to see and do, the final plans are just now being completed, but we’ll keep you posted up to – and through – this wonderful holiday assemblage of fun events. Patriots Week is produced by the Trenton Downtown Association (TDA) in collaboration with the Old Barracks Museum and Crossroads of the American Revolution.

In keeping with its long-standing tradition, Patriots Week runs from December 26th (Thursday this year) through December 31 (Tuesday), and it’s downtown epicenter, the Old Barracks at 101 Barrack Street, will be open from 10:00 AM to 5:00 PM during all these days except Sunday the 29th.

Indeed, the best place to begin your sojourn through the largest Revolutionary festival in the country is the Old Barracks (1758) and its affordable Museum Shop which offers unique and memorable mementos and gifts. On certain days, you also might get a glimpse of the many re-enactors preparing to be soldiers of the Continental Army (us), or the English Army or some Hessian (German) units who were hired mercenaries fighting for the English.

Then you can visit the more than 30 activities that occur regularly or as pop-ups during this festival week, which features engaging endeavors for adults and children, including historic site tours, a revolutionary pub crawl, the colonial ball, concerts, puppet shows, lectures and the always popular re-enactments of the Battles of Trenton.  There are also pretty Colonial women re-enacting too. If you’re counting, this year is the 243rd anniversary of the Battles of Trenton, arguably the most important battles of the Revolutionary War.

Through the immersive experience that is Patriots Week, the Sponsors honor Trenton’s unique and pivotal role in the American Revolution. A role that has shaped some of the streets and buildings standing today as they were in 1776.

The full schedule of events and festivities will be available soon on www.patriotsweek.com. And check them out on facebook /patriotsweek.