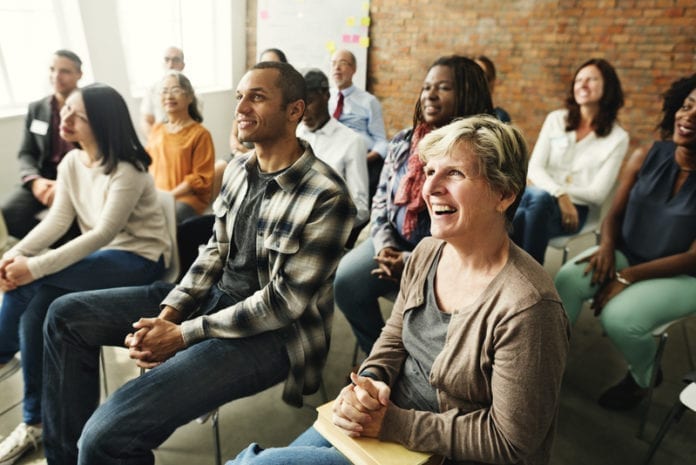 “Nearly 46 percent of businesses that operate in New Jersey are operated by women, yet the utilization of these businesses in state contracting is in the single digits,” said New Jersey’s first Chief Diversity Officer Hester H. Agudosi, Esq., appointed by Governor Phil Murphy earlier this year.

Last month, an event called “Doing Business with the State of New Jersey” was held at Thomas Edison State University in an effort to garner contract inclusiveness as the two new state office building projects get underway in Trenton.

New Jersey Economic Development Authority and the Department of Treasury notified Agudosi’s office about projects that are getting ready to start in the city of Trenton. An event was then arranged to engage with these businesses and to let them know about the potential opportunities. The two new buildings, totaling over 400,000 square feet, represent an investment of more than $225 million. The state is committed to ensuring an open and competitive bidding process for consultants and contractors while also employing Affirmative Action hiring goals, meeting prevailing wage requirements, and fulfilling a 25 percent set aside goal for small business enterprises.

Agudosi, who spent 19 years serving the State of New Jersey in various senior management roles, has been keenly focused in her new capacity on ensuring that underrepresented businesses across the state have access and opportunities with respect to state contracts that come under the umbrella of diversity and inclusion.

New Jersey, for the first time, has an office right here in Trenton that is singularly focused on diversity with a statewide view. “For me, it’s really about being strategic in how we move forward in executing diversity and inclusion in our state departments, agencies, authorities and commissions,” said Agudosi.