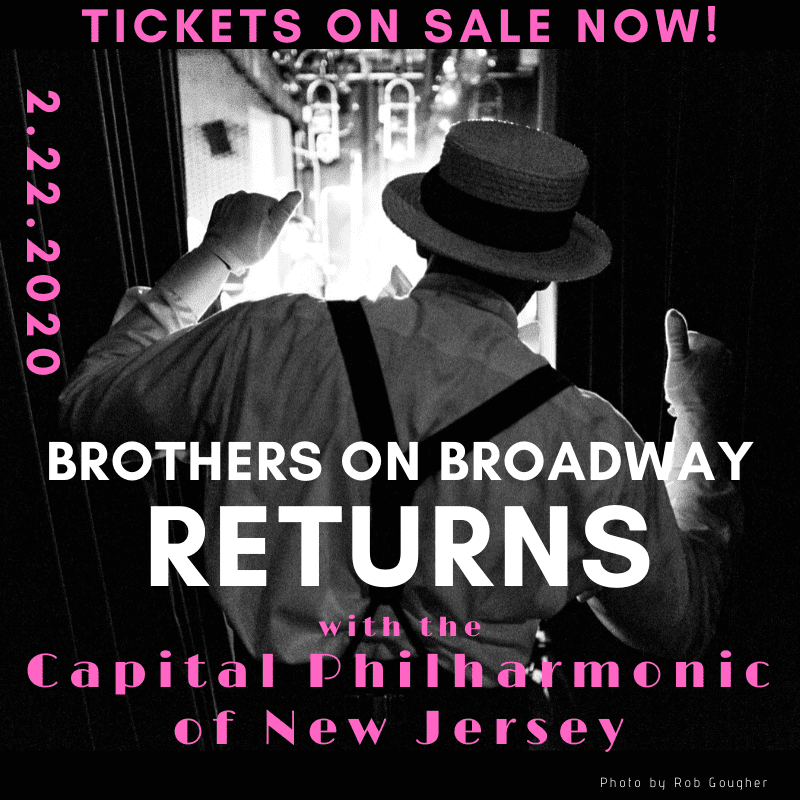 With a showman’s flair, Keith leads audiences on a show-stopping musical journey from humble reflections of black minstrelsy through the undeniable progress afforded African Americans through musical theatre. Brothers on Broadway pays homage to the concert works and musical theatre performances of artists such as Paul Robeson, Ben Vereen, Sammy Davis, Jr., Gregory Hines, Brian Stokes Mitchell, and many other notable artists.

This concert experience commemorating Black History Month includes well-known selections from shows such as Porgy and Bess, Ragtime, Pippin, The Phantom of the Opera, Hamilton, and more. Since its inception, Brothers on Broadway has continued to rise to critical acclaim.

Now, for the first time, Brothers on Broadway will be presented as a full orchestral experience courtesy of the Capital Philharmonic of New Jersey and Maestro Daniel Spalding. Don’t miss this premier historic collaboration celebrating African American greats who broke norms, records, and standards to become unforgettable legends of the Broadway stage.