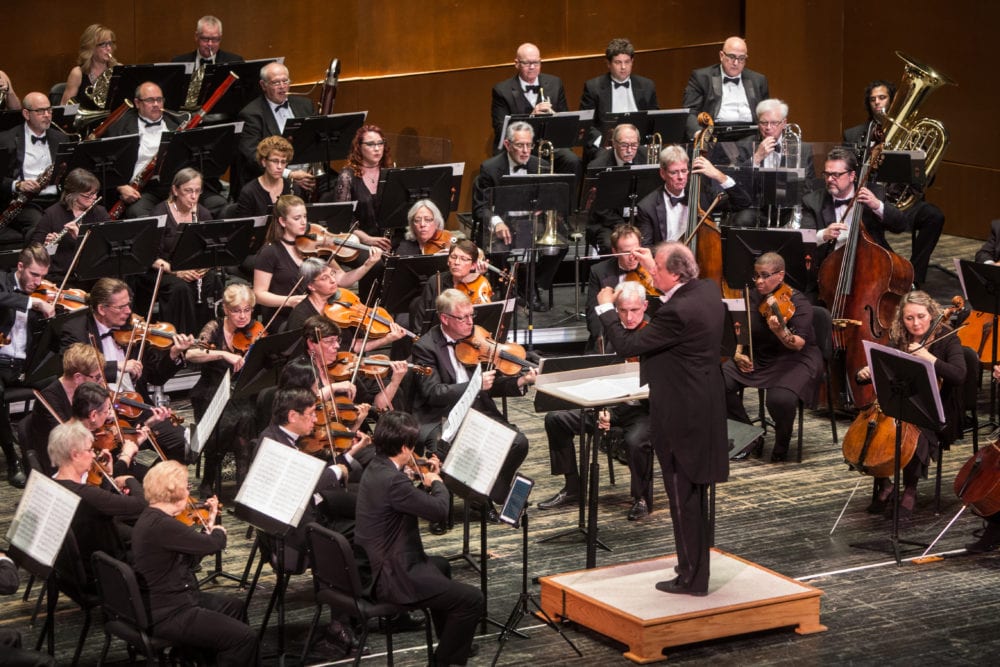 Under the baton of Music Director Daniel Spalding, The Capital Philharmonic of New Jersey will be bringing in the New Year as it presents one of this area’s most treasured traditions–the annual New Year’s Eve concert at the War Memorial Patriots Theater on Tuesday, December 31 at 8:00 p.m. Celebrating the New Year with an evening of festive classical music is one of Trenton’s most popular and beloved traditions. From George Gershwin’s classic An American in Paris to music from iconic films of James Bond, the evening is packed with musical gems.

As usual, David Osenberg, popular radio personality on WWFM, will be the host. As a special added treat, there will be a pre-concert commencing at 7:10 p.m. featuring the War Memorial’s famous Moeller Theater Organ, performed by Brett Miller. Doors will open at 7:00 p.m.

Experience the excitement that Maestro Spalding, the Capital Philharmonic, and David Osesnberg, will be bringing to the New Year — a night to remember!

Daniel Spalding’s artistic vision continues to unfold in front of growing and delighted audiences as we enter the orchestra’s sixth season. The Capital Philharmonic of New Jersey is now a respected regional professional orchestra of the highest quality with internationally acclaimed guest artists and innovative programs that have propelled the CPNJ to the forefront of this area’s arts institutions. Maestro Spalding’s more than 30 years of experience includes serving as Music Director of the Philadelphia Virtuosi Chamber Orchestra, a world class ensemble that has performed in 29 states, Europe, South America, and Mexico, and has recorded numerous acclaimed CD recordings. He has worked with many European orchestras including the London Symphony, National Russian Philharmonic, Hungarian State Opera, and many more, and has appeared on prestigious stages such as Carnegie Hall, Kennedy Center, and Moscow’s Tchaikovsky Hall.

David Osenberg, Music Director, Partnerhsip Manager, Cadenza Host, Celebrating Our Musical Future Host and weekday afternoon Host  for WWFM, The Classical Network on the campus of Mercer County Community College (MCCC), is the recipient of the prestigious Deems Taylor/Virgil Thomson Radio Broadcast Award. He received the award for his work as host of the WWFM program “Cadenza,” which airs Thursdays at 10 p.m. and Saturdays at 7 a.m. on The Classical Network. David is a graduate of Northwestern University, with a Masters in Music Composition, and has studied composition in Germany and England. He served as a music instructor at the University of Delaware, and in addition to his duties as an on-air personality at WWFM, continues to compose, conduct, perform, and teach.