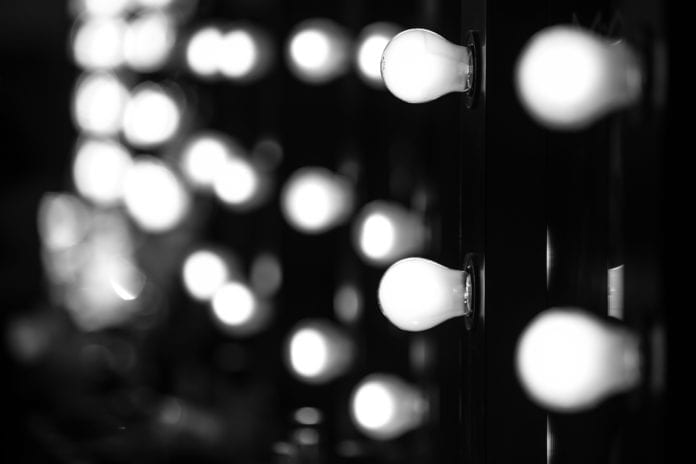 Under the guidance of faculty member Katina Lindsay, students Icyss James Bracewell, Khoi Khon, Cierra Scura, and Sheron Williams demonstrated their knowledge of the principles of fashion by designing their own collections on poster boards.

“This assignment incorporated everything students have learned since the beginning of the semester,” Lindsay said. “It’s a process to arrive at the final project and incorporate balance, emphasis, rhythm and proportion – the common language of art and fashion.”

The project consisted of multiple parts. Students created a collage featuring a designer of their choice that became the theme for the rest of the project.
Khon rooted his work around French designer Coco Chanel. Known for her perfume, Chanel No. 5, Khon cited her monochromatic color choices as his inspiration. “I was particularly impressed by the usage of black in her costumes,” he said.

Others’ eyes were caught by current designers spanning more recent decades. Bracewell’s work drew influence from Victoria Beckham’s style, while Williams chose Jessica Simpson as her backdrop given her affinity for plus-size and maternity wear.

“I’m a ‘fluffy’ girl myself, so Simpson’s designs are perfect,” Williams said. “I embraced her designs. I loved them. I feel like I could wear these clothes.”

Even with her commitment to Simpson’s style, Williams noted that the project took three attempts to complete. “You think differently when you start doing hands-on work. Once you get started, you begin seeing whole new directions. It made me realize how creative I can be,” she said.

Next, the students were tasked with creating a four-piece collection, with each section representing one of the principles of design. Additionally, the designers were graded on their use of form, shape, texture, light, patterns and color.

For example, Bracewell’s project created balance through a zipper, which ran the length of a pink and black dress, while she expressed rhythm and emphasis through a winding lace pattern on a red and black gown affixed with a bow.

Also incorporated in each of the pieces were unusual accent materials. For example, Khon used rice to add texture to one of his dresses, while Williams applied pipe cleaners as the straps on one of her outfits.

For the final portion of the project, the students interpreted the color palette of a master painter by designing a garment.

Scura’s creation was based on “Café Terrace at Night” by Vincent Van Gogh, which captures the Dutch painter’s portrayal of a coffeehouse on a French street illuminated by a star-filled sky. Though Van Gogh’s yellows figure prominently in Scura’s design, she employed the surrounding colors in a belt that serves as her figure’s focal point.

Lindsay expressed her satisfaction with her students’ final work. “As your teacher, I ask myself, ‘Did you achieve the objectives for this project?’ You did! You did a good job of putting it all together,” she said.

Lindsay looks forward to the coming semester, during which her classes will prepare for a public fashion show in May. “From this point on, you will be expected to come in with a comprehensive knowledge base, take what you have learned and begin sewing,” she observed.

“Some of you may think you are already on Project Runway. But we are just beginning,” Lindsay said.