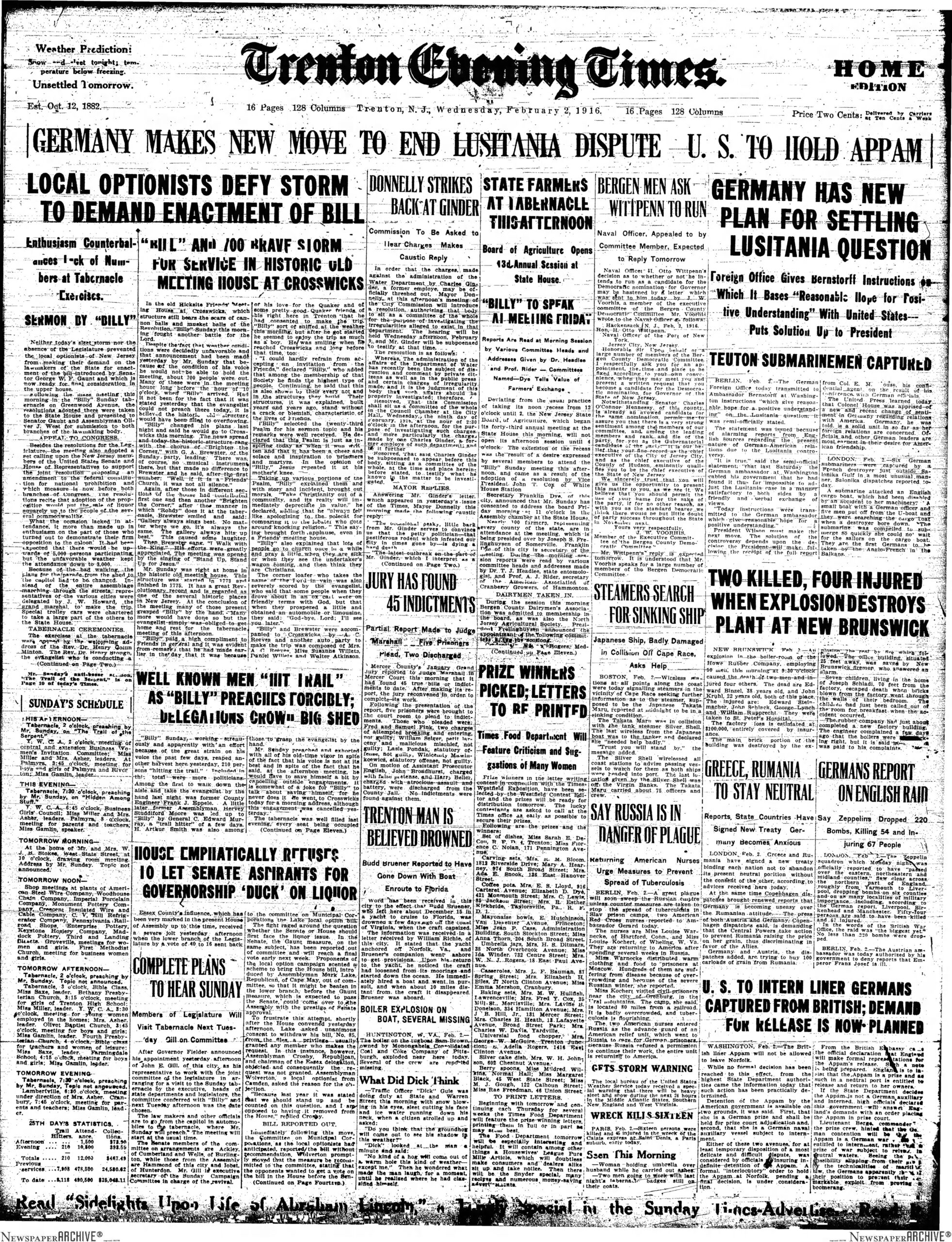 For Historic Trenton’s Day in the Life, we’re looking back through newspapers from the beginning and examining everyday problems, solutions, and needs during historic Trenton’s past. Today, we head back to February 2, 1917. In addition to several articles about the war in Europe and the possibility of the United States joining said war, was a piece about a couple of groundhogs offering expertise on the local weather forecast in Cadwalader Park.

When the groundhog predicted six more weeks of winter, Trentonians were skeptical. Nonetheless, City of Trenton Commissioner William Burk was a firm believer in the process. He went to Cadwalader Park early in the morning and saw the process firsthand. When he called the animals, they promptly responded, but they saw their shadows and dived back into their dens. Harold Noyer, a forecaster of the local weather bureau, said that he does not put faith in these old superstitions; however, he had to admit that it was a chilly day in February.

Cadwalader Park was known in the early 1900s and throughout the century for having a zoo full of animals, from monkeys to exotic birds. According to Ellarslie.org, citizens could donate small animals and birds to the park, which would lead to the establishment of a zoo. The old stable and other outbuildings were converted to accommodate this “zoological garden.” Soon the variety of animals grew to include larger animals such as deer, monkeys, and a black bear cub, brought to the park by Trenton civic leader Edmund Hill.

In 1917, what we referred to as vehicles were called autocars, which were steadily on the rise during Trenton’s manufacturing heyday. We discovered one advertisement in this issue that featured the Tattersall Company of Trenton, a coal company founded in 1894 and still operates today out of Florida. Interestingly enough, they still have the “609” area code listed for the office phone number.

According to www.creektocanalcreative.org, by 1911, Tattersall’s Coal held a contract with Trenton Public Schools and was used by one out of five Trentonians. The Times explained that the company bought their first car in 1914, which they used for long and short hauls across the state. “We find the autocar most desirable in our service,” the company said to the times. At the time of the advertisement, Tattersall had a fleet of eight vehicles that allowed them to ship coal throughout the city.

Our final takeaway from this frigid winter in 1917 was a story describing a girl who pinned a carnation to a man’s coat in a restaurant during a chilly morning; providing concrete evidence of a groundhog’s uncanny weather prediction.