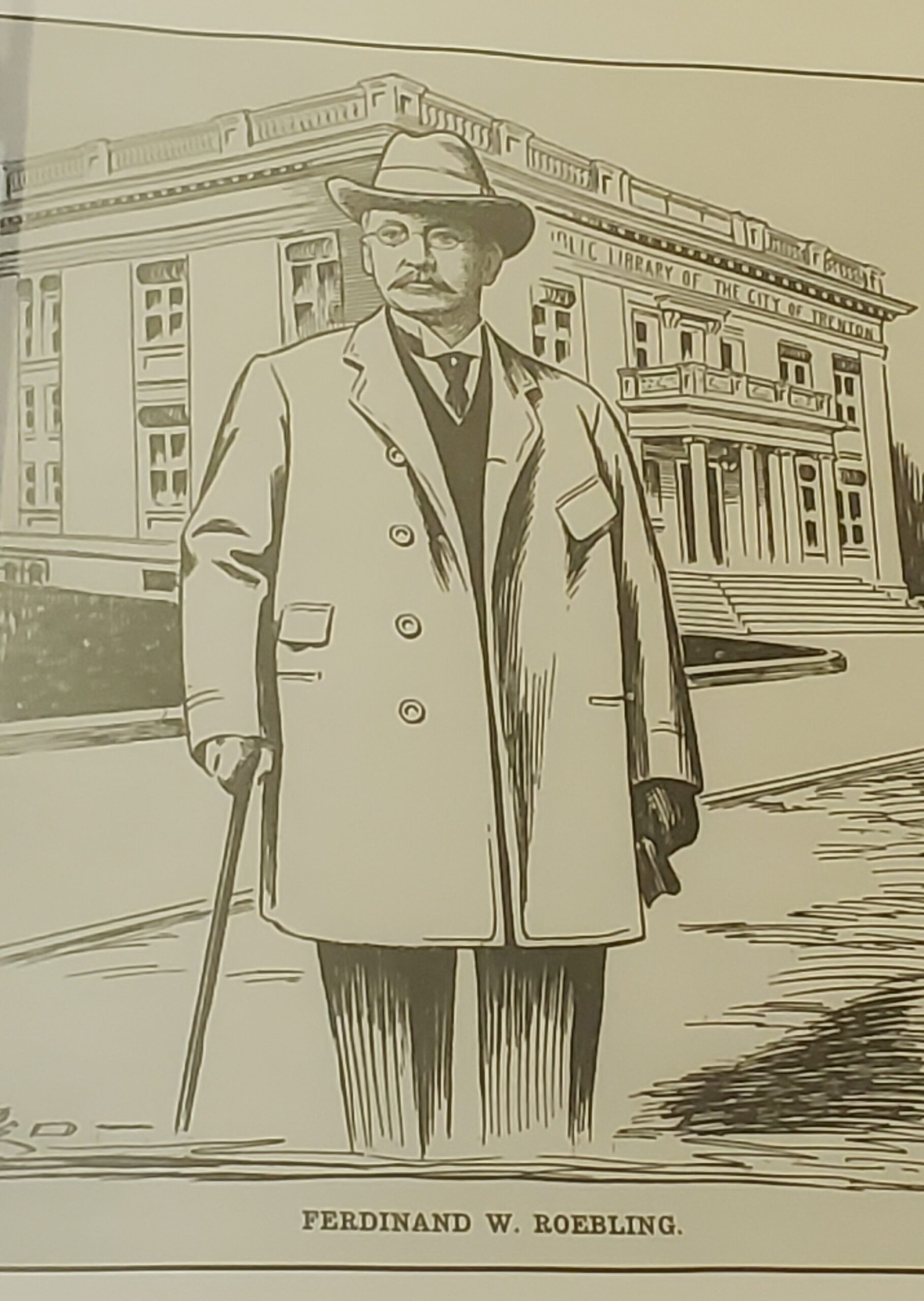 In 1870, U.S Senator John P. Stockton sold rising entrepreneur 28-year-old Ferdinand W. Roebling, Senior, his home at 222 West State Street. This was the beginning of destiny as one day, 22 West State St. would become the headquarters for the state’s pre-eminent association serving all of New Jersey’s municipalities on top of being a home of the sons of Roebling.

For Historic Trenton’s Day in the Life, we’re looking back through newspapers from the beginning and examining everyday problems, solutions, and needs during historic Trenton’s past. Today, we are looking at the history of the Ferdinands.

“Ferdinand Senior, the financial and business genius of the John A. Roebling’s Sons Company family firm, was also the driving force behind the establishment of the Trenton Free Public Library and the man most responsible for the design and construction of Trenton City Hall,” as noted by the New Jersey State League of Municipalities.

According to the Daily State Gazette, Ferdinand Sr. took an active interest in the upbuilding of the Trenton Free Public Library. His life’s work was helping to build the library. This was on top of being partners in the Roebling Wire Works.

According to https://www.hemmings.com/, Ferdinand and his elder brother, Washington, became partners in the family business. As lead engineer, Washington Roebling brought the Brooklyn Bridge to completion in 1883. Ferdinand, born in 1842 in Saxonburg, Pennsylvania, focused on administration and the family’s other business interests, which ranged from banks and utilities to insurance and railroads.

Among the most esteemed families in the Trenton area, the Roeblings joined forces with another clan of German extraction, the K users, to finance the new Mercer car. Production began in a former Trenton brewery, possibly a Kuser holding itself.

Ferdinand Sr. would late have a Son, Ferdinand Jr., who would take over the industry with his uncle, Washington Roebling.

Having graduated from the civil engineering course of Lehigh University, Ferdinand Jr. entered the company and worked with his Uncle Washington.

On top of his work with the family company, Ferdinand Jr was the director of Chase National Bank of New York and the First Mechanics National Bank of Trenton. He was also president of the Standard Fire Insurance Company of New Jersey. He was the only person ever elected to the position of Honorary President of the Trenton Chamber of Commerce. He was described as a gentle, quiet, contemplative native and died on May 29, 1936.