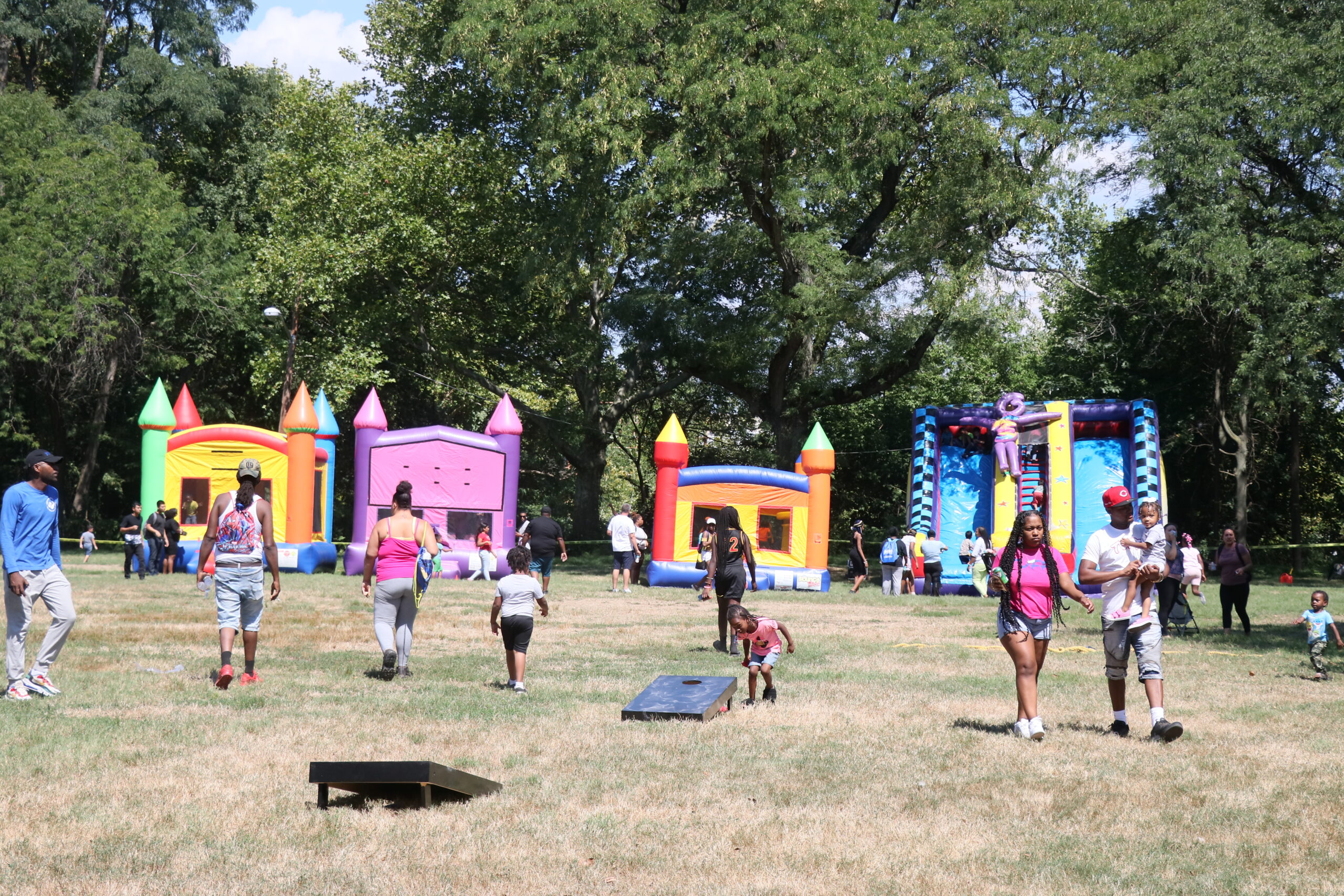 At the head of the event was Trenton United Front Foundation (TUFF) and its executive director, Vincent Bridgett Sr. “It’s just businesses and organizations coming together, giving the kids a free event,” Bridgett said. There was basketball, bouncy houses, food, and different giveaways. “That’s what it is, just bringing back the community..to give something back to these kids.”

The idea started when Bridgett was reminiscing about Heritage Day, where vendors sold Indian, Jamaican, and Ecuadorian food alongside fried treats like funnel cake and other cuisines.

“We wanted to take it back to heritage day. Back in the day when we go downtown area, and we go to different people out there giving out food and doing all that was happening and just had a good time,” Bridgett said.

Instead of vendors, different organizations tabled and handed out information, prizes, and food. Linda Terry, Trenton Resident who attended the day, explained this gives Trenton residents another outlet.

“It gives the kids something to do. It gives the parents a break, you know, trying to figure out what to do with their kids. It also provides the opportunity for the kids to, you know, interact with each other during COVID. Everybody was in the house. So the more events we have like this, the kids learn how to socialize again, building community. So it’s important,” Terry said.

From TUFF, there was a backpack giveaway that was one of the starting foundations of the organization.

“We started TUFF on South cook where we normally used to live,” explained Harris Vah, volunteer. They started handing out backpacks to the block, and it has grown to today where there was a line queued at their tent. Their kids received a free bookbag, pencils, notebooks, and other school supplies. “Some parents don’t have, you know, funds to buy some stuff for the kid back in schools.”

Jade Obado was one of the kids who received a bag that day. “I got the Black, Pink, and lime green ones. Because I like all those colors and my mom also likes,” Obado said.

Later in the day, with the help of Shereyl Snider, East Trenton Collaborative Community Organizer, TUFF put on a talent show where different Trenton kids, including a few youth rappers, were able to show off their skills. Kaliah Miller performed twice, once with the Trenton Central Cheerleading squad and the next as a rapper who stole the talent show.

“My dad used to always like play like 90s stuff. And I really like encourage. my dad played a lot of 90s beats and stuff, and they really like I enjoyed it. It encouraged me to become a rapper in the people I grew up with because like music runs in my family so like I got like a lot of artists in my family and stuff,” Miller said.

She won a laptop and prize money.

Overall, Bridgett was excited about how the day went. As kids played volleyball, ate hotdogs and hamburgers, and talked with different organizations, Bridgett explained that TUFF’s mission is, first and foremost, youth development.