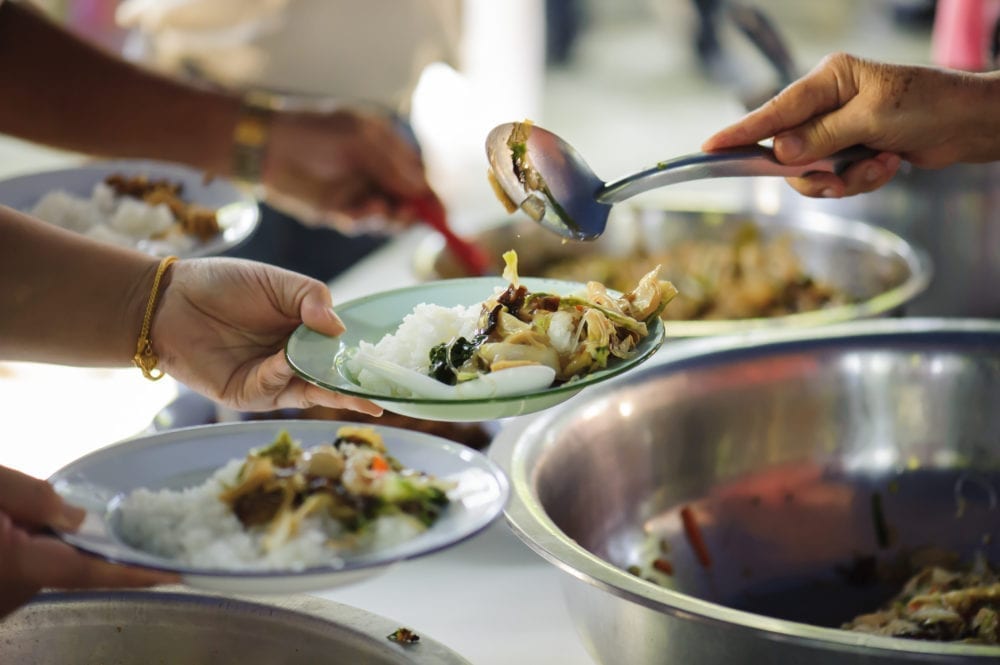 “It’s all about creating public awareness,” said Mayor Reed Gusciora as he stood among TASK patrons enjoying lunch. “That day-old bread has usefulness somewhere and could help fill the gap for someone who needs a meal.”

While day-old bread is more likely to be literally rolled into a meal, such as stuffing, pickles are another matter. TASK Executive Director Joyce E. Campbell explained, donated items, like the five-gallon jars of dill pickles the soup kitchen recently received, are more challenging to turn into a dish.

“We thought, what could we make with this?” Campbell said as she described how TASK opened a salad bar to provide patrons with additional healthy options while preventing food waste. “We put it out on our salad bar and it certainly went fast.”

Campbell added that before the salad bar arrived, soup kitchen staff put salads directly on patrons’ trays; but not everyone ate them. The salad bar gave patrons a choice and consequently resulted in higher food consumption and less waste.

Food Waste Prevention Day is aligned with a package of state legislation that is part of a plan to spotlight food waste while fostering partnerships to create and share solutions to prevent it.

TASK fights hunger all year long, but in September the city’s only soup kitchen takes additional steps to bring local awareness to this nation-wide dilemma affecting nearly 40,000 Mercer County residents of which 10,000 are children. Along with Food Waste Prevention Day, TASK is marking Hunger Action Month with various activities including the TASK 30 Ways in 30 Days Hunger Action Month Challenge. The challenge is laid out on a calendar that provides daily acts anyone can do to help in the fight against hunger and food insecurity.