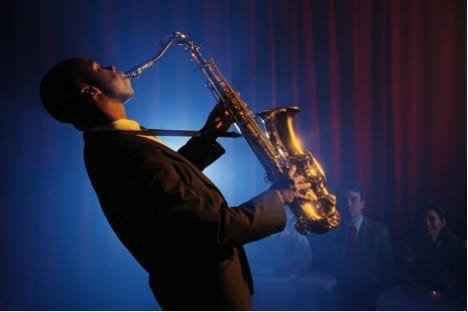 The Trenton City Museum at Ellarslie will host Springin’ into Jazz on Friday, May 10, 2019 from 7 – 9 pm with Tom Chiola and Deborah Ford accompanied by George Sinkler.

Celebrate love! Treat the mothers in your life to an evening of jazz from Broadway to the Blues. This event will also feature tasty hors d’oeuvres, signature cocktails, and beverages included in the ticket price. Tickets: guaranteed seating at a cafe table – $45; all others – $40.

Tom Chiola, a resident of the Glen Afton Neighborhood in Trenton for over 15 years has been performing regionally on stage and in concert. When Tom is not performing in the theater, you can find accompanied by Mr. George Sinkler at local restaurants preforming songs from the great American songbook.

Deborah Ford is an award-winning soprano who has traveled the world performing in various venues.  She holds degrees from Westminster Choir College and completed post-graduate studies at the European Seminars, Vocal Institute in Germany and the American Institute for Musical Studies in Graz, Austria. She takes greatest pride in directing the Absalom Jones Inspirational Choir at Trinity Cathedral in Trenton. Although better known for her performances of sacred music, Deborah is also a lover of jazz and American music and counts it a privilege and joy to be performing at Ellarslie Museum again.

Accompanying Tom and Deborah is George Sinkler who has performed with Tom at Ellarslie many times. George has played piano full-time for 40 years, playing in jazz groups, performing solo at restaurants, parties and senior facilities, and is sought after as an accompanist.

When George is not working the piano keyboard, he is working the soil as an avid ornamental gardener.

*Proceeds support the collections and programs of the Trenton Museum Society.