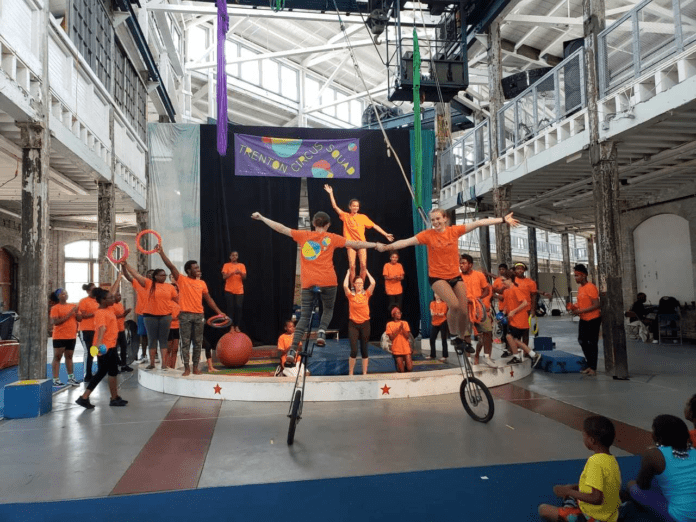 It isn’t often that children get the opportunity to perfect their unicycle riding or acrobatic skills all at no cost. Most families would pay hundreds to see their children excel in such acts. For the Trenton Circus Squad, students simply pay their debts through their dedication and efforts. At the Trenton Circus Squad, profit isn’t a priority, for it is helping the youth take big leaps in life that matters most.

For the tremendous work that the Trenton Circus Squad does, they have been recognized and selected by Cosmic Pictures to be featured in the docu-series, Making Good, which follows organizations across the nation that are truly making good. On July 26, 2019, Cosmic Pictures filmed at the Circus Squad’s free show and workshop held at the Roebling Wire Works. An event that gathered members of the community to showcase TCS’s talents and hard work, Director of Operations, Bradd Marquis Jackson, hopes that the docu-series will create, “more visibility”, especially, “state visibility and a national standing” for the Trenton Circus Squad.

The Trenton Circus Squad does not solely focus on the entertainment aspect of circus, but also the lessons its practice creates for students. Specifically, the Circus Squad’s training helps students, “take the habits they build through challenges –focus, determination– to use them in the real world”, says Jackson. Their hope, according to Jackson, is to “resonate within the city”, as they have with their students, once having coached them as kids, then ultimately giving them jobs as paid coaches. The best part of working with the members of the Trenton Circus Squad, Jackson recalls, is the kids, their smiles, and excitement as they accomplish their goals;”Their excitement is contagious”.

With their feature in the docu-series Making Good and the exciting journey that lies ahead for the Trenton Circus Squad, they aspire to continue to strengthening their members and their city. “We hope to build opportunity to serve as a visual, social, and economic benefit to the city”, says Jackson. To carry on with their extravagant performances and services, the Trenton Circus Squad can use all the help they can get.