TrentonDaily
Home History This Week in History: Celebrating the Life and Legacy of Dr. Martin... 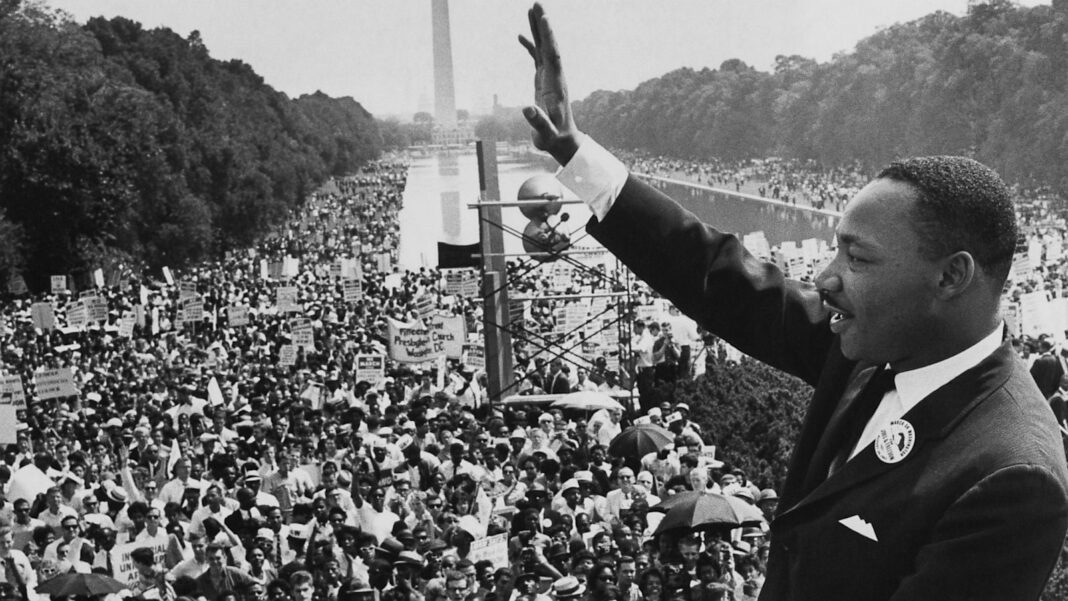 “If you can’t fly, then run; if you can’t run, then walk; if you can’t walk, then crawl, but whatever you do, you have to keep moving forward.” – Martin Luther King Jr.

With Martin Luther King Day rapidly approaching, many of us find ourselves reflecting on the incredible life of Dr. King. With a rich history of struggle and triumph, Dr. King embodies inspiration. Throughout his life, he unceasingly fought for the rights and advancement of Black Americans, and his impact still ruminates throughout society today. As we remember the incredible life of Dr. King, let us explore the life and legacy of one of the fathers of the Civil Rights Movement.

Martin Luther King Jr. was born in Atlanta, Georgia, on January 15th, 1929. He was the second of three children to Michael and Alberta King. Even during his childhood, he experienced both the agony of racism and the liberation of activism. After an encounter with a young boy who told the then-six-year-old Dr. King that they could no longer play together due to his race, King’s parents sat him down and explained the history of racism and violence in the United States. King’s parents were also early pioneers of the Civil Rights movement – at a young age, King witnessed his father boldly stand against racism and discrimination. In 1936, King Sr. even led a group of hundreds to protest voting rights discrimination at Atlanta City Hall.

Aside from growing up immersed in activism, King grew up firmly planted in the church. His grandfather was a minister, and many of his childhood days were spent reading the Bible aloud per his father’s instruction. Throughout his childhood struggles, King’s parents always encouraged him to rely on his faith as an anchor. As a result, King grew up singing in church with his mother and even joined the junior choir at his church. His unique ability to capture the hearts of the masses would serve him well later in life and is the foundation for what was to come in his future.

As King grew older, it became increasingly evident that he would be a prolific public speaker. Even from a young age, King could profoundly capture the room’s attention. As he continued his education, King found himself at Morehouse College, a historically Black college that both his parent’s fathers had attended. He was called to ministry throughout his time at Morehouse, and 18-year-old King planned to enter the seminary. He would attend Crozer Theological Seminary, graduating with a Bachelor in Divinity. While at Crozer, Dr. King lived just a short drive up the road in Camden, NJ. The Camden residence that Dr. King lived in from 1949-1951 is still standing proudly today. He would receive his Doctorate in Systematic Theology from Boston University, and from there, his ministering career would commence.

At age 25, King was appointed pastor of the Dexter Avenue Baptist Church in Montgomery, Alabama. As head pastor of this church, he led the Montgomery bus boycott in 1955. These boycotts were in reaction to discrimination on public transportation, perhaps most famously in the case of Rosa Parks. This boycott would last over a year, and the situation became so tense that King’s house was bombed at one point. Finally, after a fierce battle, the United States District Court outlawed segregation on Montgomery’s public transportation. This win transformed King into a national figure, and he would only continue to rise to prominence from there.

Shortly after the bus boycott, King joined the Southern Christian Leadership Conference, designed to help unify and harness the collective power of the Black church in the civil rights movement. The SCLC’s Prayer Pilgrimage to Freedom was King’s first national address. King would continue to lead protests, sit-ins, and actions to advance civil rights throughout the United States. Some of the most famous campaigns King participated in include the Birmingham campaign and the March on Washington. During the March on Washington, organizers were fighting for school desegregation, advancement of civil rights legislation, protection from police brutality, and better wages. With nearly a quarter million people in attendance, it is here that Dr. King would give his famous “I Have A Dream” speech, which is still echoed throughout generations.

King continued as a fierce advocate for civil rights, voting rights, economic equality, and social justice. King was even an outspoken advocate against the Vietnam War. As he went from city to city, King was touching the lives of all he encountered. Tragically, on March 29th, 1968, Martin Luther King Jr. was assassinated while advocating for sanitation employees in Memphis. After being shot, he was rushed to the hospital, where he would, unfortunately, pass away. Although his death was a sudden and horrific tragedy, his legacy continues to be celebrated today. Dr. King was a central figure in the Civil Rights movement and is one of the critical reasons rights have been extended to all Americans. Although there is still much work to be done, Dr. King’s legacy reminds us that there is always a way forward.