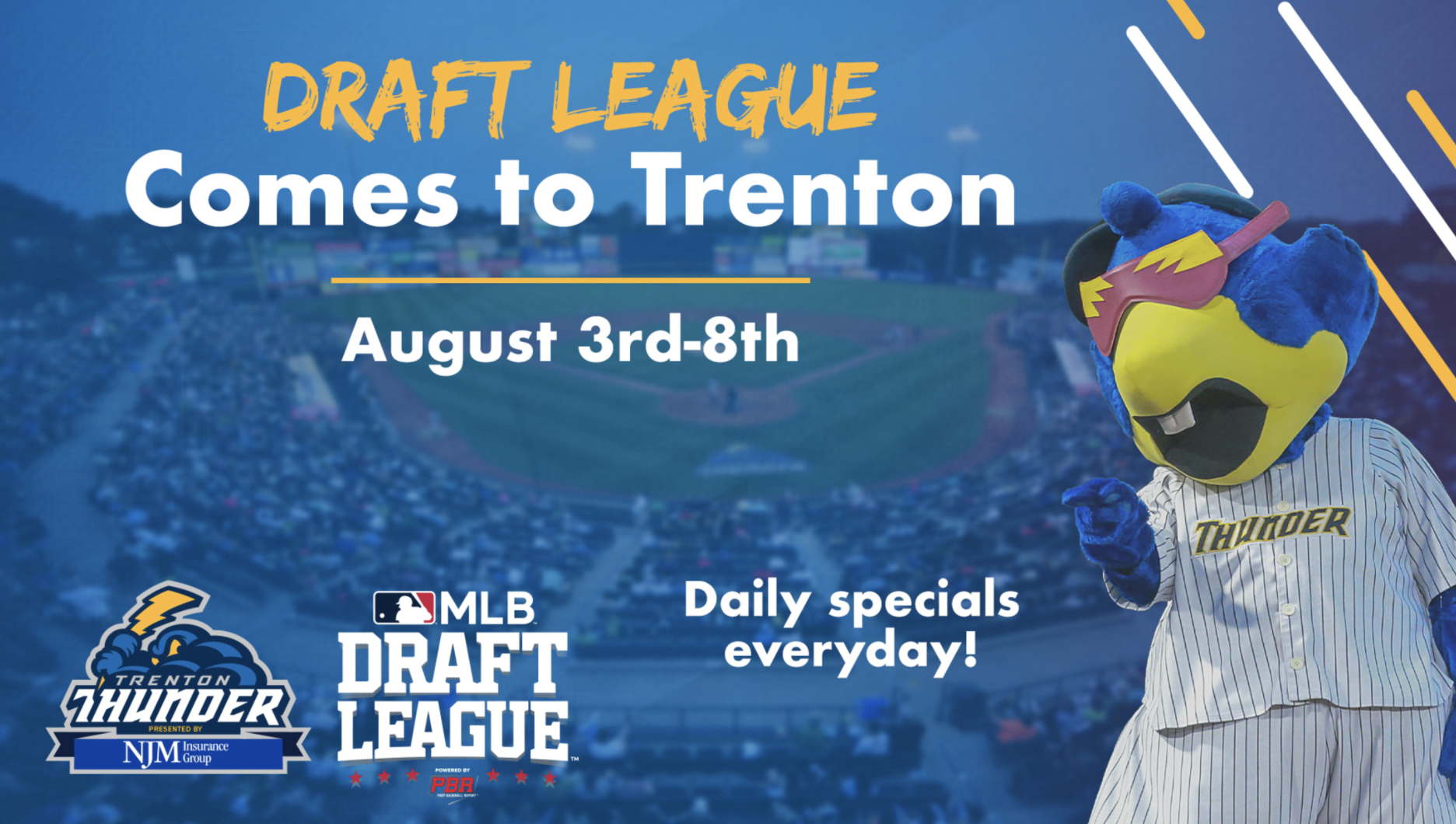 Following the announcement by the Toronto Blue Jays that the team will return to Canada beginning July 30th, the Trenton Thunder, presented by NJM Insurance Group, announced that the 2021 Triple-A season in Trenton will come to an end after the July 25 game against the Syracuse Mets. The Buffalo Bisons will return to upstate New York to continue their season.

“We were proud to be able to showcase the highest level of baseball in the state of New Jersey this summer,” said Jeff Hurley, Thunder General Manager and Chief Operating Officer (COO). “Our fans and partners continued to support us this year and showed that no matter what team is playing in Trenton, the Thunder entertainment experience is better than ever.”

The MLB Draft League Thunder team will play at Trenton Thunder Ballpark for their last homestand from August 3 to August 8. Tuesday – Friday games will be played at 6:00 p.m. and Saturday and Sunday games will be at 1:00 p.m.

Fans can take advantage of daily specials everyday August 3 – 8 including:

Season ticket holders and fans that have purchased tickets for August and September games will be contacted separately to review their options. Tickets for the August 3 – 8 series will go on sale Wednesday, July 21 at 10:00 a.m.