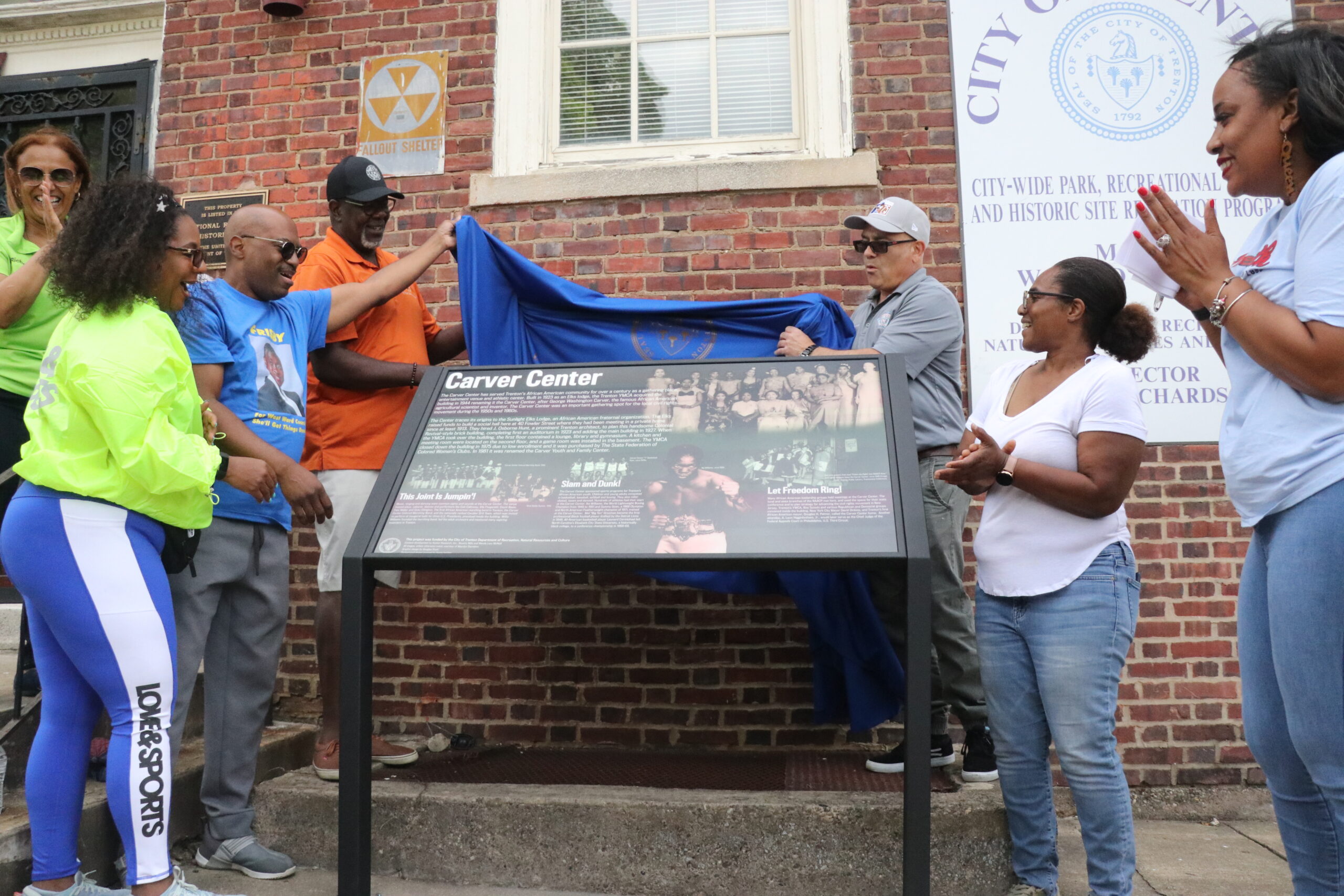 The City of Trenton and several community activists showed off new historical signage while announcing plans to renovate The Carver Center and The Higbee Street School on Bellevue Avenue and Fowler Street.

“We have been fighting since 2017 to get these two buildings…to have signage put out. Our hard work paid off,” said Lisa Michelle Toro, founder of the Wilkins Foundation.

Michelle and her partner Atalaya Armstrong, a community advocate, have worked with the city to create the appropriate research and signage. “The mayor and his team got to put their heads together, and they got everything going, and here we are today, but it was a struggle.”

They teamed up with Hunter Research and the City of Trenton to explore the different institutions. With the help of the Department of Recreation, Natural Resources, and Culture, the buildings will once again become centers in the community.

“We are in the process of planning. What is going to happen once we renovate the building…we will be doing cultural arts-related type of activities centered on African American contributions,” said Maria Richardson, Director of the Department of Recreation, Natural Resources and Culture for the City of Trenton. “I am ecstatic these two buildings are part of the rich history of the city and particularly of the African American contributions to the city of Trenton, so I am excited about installing the markers. I am excited to be working with partners to stabilize the buildings.”

Armstrong explained African Americans will tell the story of the two buildings’ history about their struggles, celebrations, and lives in the city of Trenton.

“It became important to me and others to preserve this history and tell it from the African American perspective because sometimes our stories get mishmash with other people, but the Carver, specifically, was for African Americans,” said Armstrong. “There’s a need to preserve African American historical structures. Where we are standing right now should be a historic district because we have so many historical places right here on Bellevue Avenue, on Spring Street. We had doctors, lawyers, tons of business owners; we just had a community that thrived here.”

The signage is just the being, explains Armstrong. “So the signage was a huge step. Because now people don’t have to wonder what these buildings are and why they are important. So the next steps would be to stabilize this building and then get them to the point where the community can use them…This is historic, and I feel awesome that we are finally acknowledging our history,” Armstrong said.

In a speech to a small crowd, Mayor Reed Gusciora explained the plan is to create a trail that shows Trenton’s African American History and parallels the Crossroads of America Trail.

“This is an exciting project that will be a cultural center in the years to come. And the Carver Center will truly be a community center and celebrate the African American history trail in our city,” Mayor Gusciora said. “We’re going to link up with the Locust Hill Cemetery. The Hedgepeth Williams School, which was the precursor to Brown v Board of Education, will also have placards for the historic Civil rights marches that occurred on the State Street so that we can parallel the Crossroads of America and have a history trail that is really meaningful for our students for generations to come.”

There is a plan for an additional ceremony at Locust Hill Cemetery Those that attended watched as the signs were unveiled. Djenaba Figueroa, Director of Communications and Strategic Initiatives at Rutgers with equity and inclusion attended the event.

“And so I think just seeing the historic landmarks being unveiled… that lets me know that change is coming. I know that there’s going to be a different set of people and leadership who are going to be able to make a difference in a way that we haven’t been able to see before.” Figueroa said. “I feel good. I feel empowered. I feel like it’s not all in vain… It just feels like something new, something different. And it feels like finally our voices are being heard.”