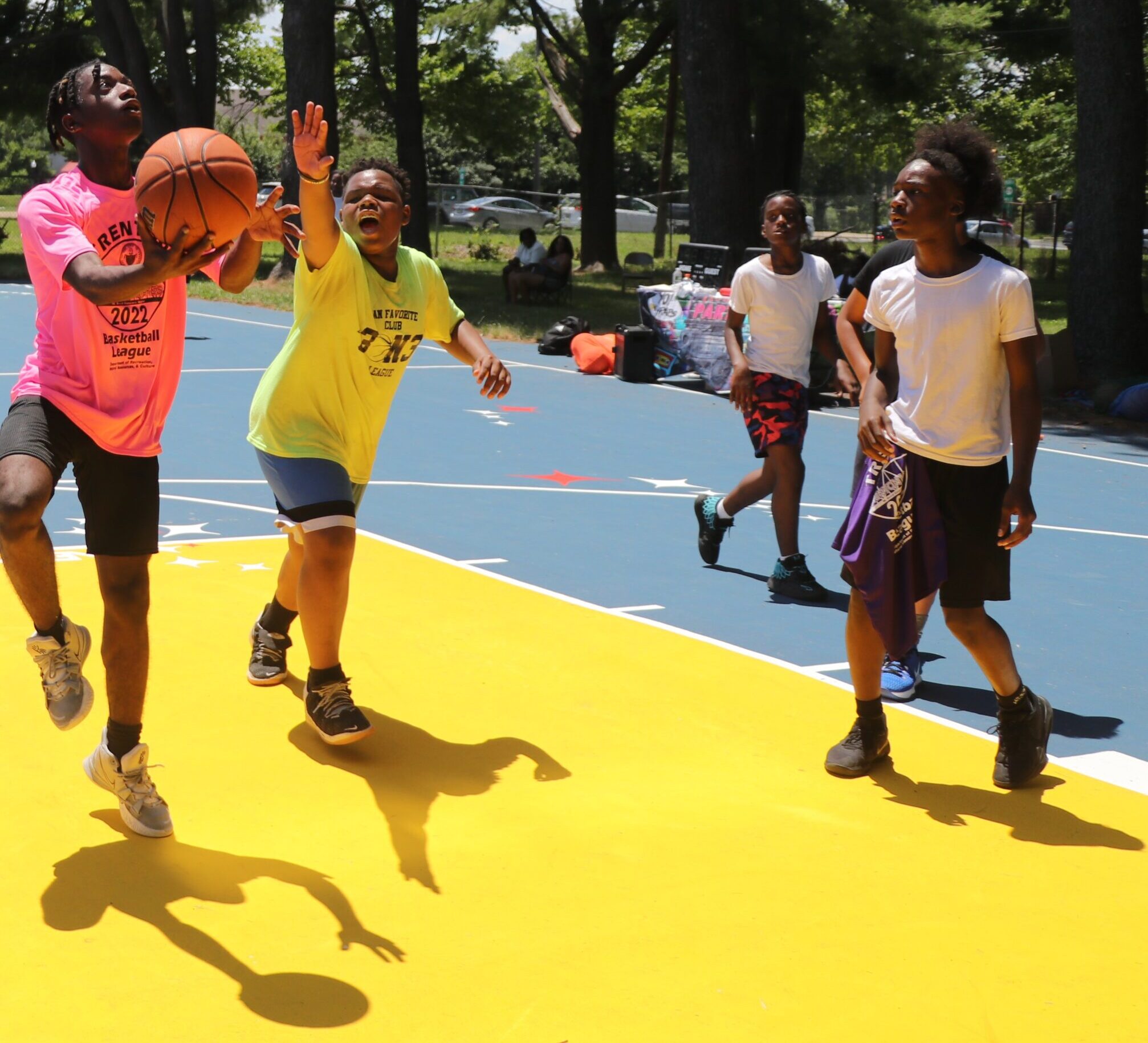 Renovations across New Jersey’s Capital City have made scoring hoops easier as the Trenton Department of Recreation, Natural Resources & Culture showed off one of their newest courts over the weekend.

At Cooper Park on Saturday, Trenton residents came out to enjoy ice cream and a bouncy house. Still, the three-on-three led by the Mercer County Prosecutors Office was at the center of the day. Detective Sherika Salmon was watching teams go against each other. She explained that the event was just the beginning.

“We have police officers on the same team as the kids. We brought out the bouncy house, free ice cream, free food, just a free event for the community,” Salmon said.

On the court, her partner in the Recreation Department, La’Keisha Sutton, Recreation supervisor, refereed the games. “This is our first-ever three-on-three youth tournament. We’re targeting all ages from four years old up until high school kids and just getting to meet the families debut in our new Cooper Court,” Sutton said.

Well, other programs are focused on training. This was purely recreational, with kids grouping into teams to compete against each other on the court. Mark Lewis is a Trenton resident who was out with his family on Saturday. Both his granddaughter and his grandson competed in the tournament.

“It’s given back to the kids, finally…Because a lot of kids they like sports. They like basketball,” Lewis said. Basketball is an old tradition in Trenton, and he would like to see all sports hosted by the recreation department. “Really give them a chance to be anything in the world,” Lewis said.

His granddaughter, Milan Isler, started playing basketball over a year ago, she said it has made her more confident. “I feel confident because I know I can beat anybody on the court,” Isler said

The event also re-introduced residents to the pool right next to the court. Angelo Onofri, Mercer County Prosecutor, explained that this was a great way to hit all of the marks “They can play basketball, go over to the pool. And it’s everything all, kind of, contained here. So getting this done gives the kids a positive outlet to develop their skills and just a safe place to be,” Onofri said.

Renovating Cooper Park is an ongoing project by the City of Trenton as they refurbish all 18 basketball courts throughout the city. The City of Trenton, in partnership with community leaders, is adding a fresh layer of paint, new rims, and new backboards, among other additions.

For Dondria Lewis, a Trenton resident, this is right in line with what the city should be doing for its residents. “It’s good to give back to the community because a lot of the kids don’t have anything to do…So starting here, that’s a new beginning,” Lewis said.