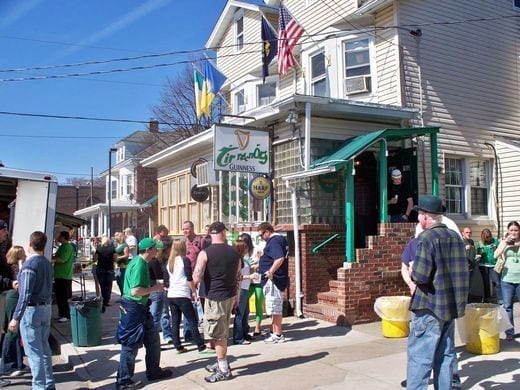 St. Patrick’s Day “the Day of the Festival of Patrick” is a cultural and religious celebration held annually on March 17th, honoring Saint Patrick, the foremost patron saint of Ireland (not the Patrick who writes for TrentonDaily). It is a rather celebratory day that honors Irish culture and heritage with shamrocks, four leafed clovers, wearing green, and hoping everyone will receive the luck of the Irish. Trentonians are rather lucky this year as there is not one but two great places to celebrate St. Patrick’s Day in the Capital City.

Trenton’s Tir na nOg located at 1324 Hamilton Ave is heralded as one of the top 20 places to celebrate Saint Patrick’s Day. The pub has also been consistently voted one of the top 50 Irish pubs in the United States by several publications, and was voted the #1 Irish pub by NJ.com for the last two years.

Trentonians can also check out Trenton Social which will be celebrating it’s 8th anniversary party the day before St. Patrick’s day on Saturday March 16th. Trenton Social opened its doors in 2011 operated by Trenton resident TC Nelson. The restaurant is known among Trentonians and frequenters for being the hip go to place for their themed happy hours, karaoke nights, sushi, First Fridays art exhibits, and monthly bike rides through Trenton known as Social Rides. On Saturday March 16th patrons will be transported to Ireland celebrate St. Patrick’s Day and the restaurant’s 8th anniversary.

If you are looking for a great place to celebrate St. Patrick’s Day you are in luck as you can check out not one but two great Trenton establishments.

Tir na nOg is located at 1324 Hamilton Ave and open from 1 p.m. to 2 a.m. Monday through Friday and from Noon to 2 a.m. on weekends. You can also check them out online at http://trentontirnanog.com/.

Trenton Social is located at 449 S Broad Street directly across from the Cure Insurance Arena. The restaurant is open everyday from Noon to 2 a.m.