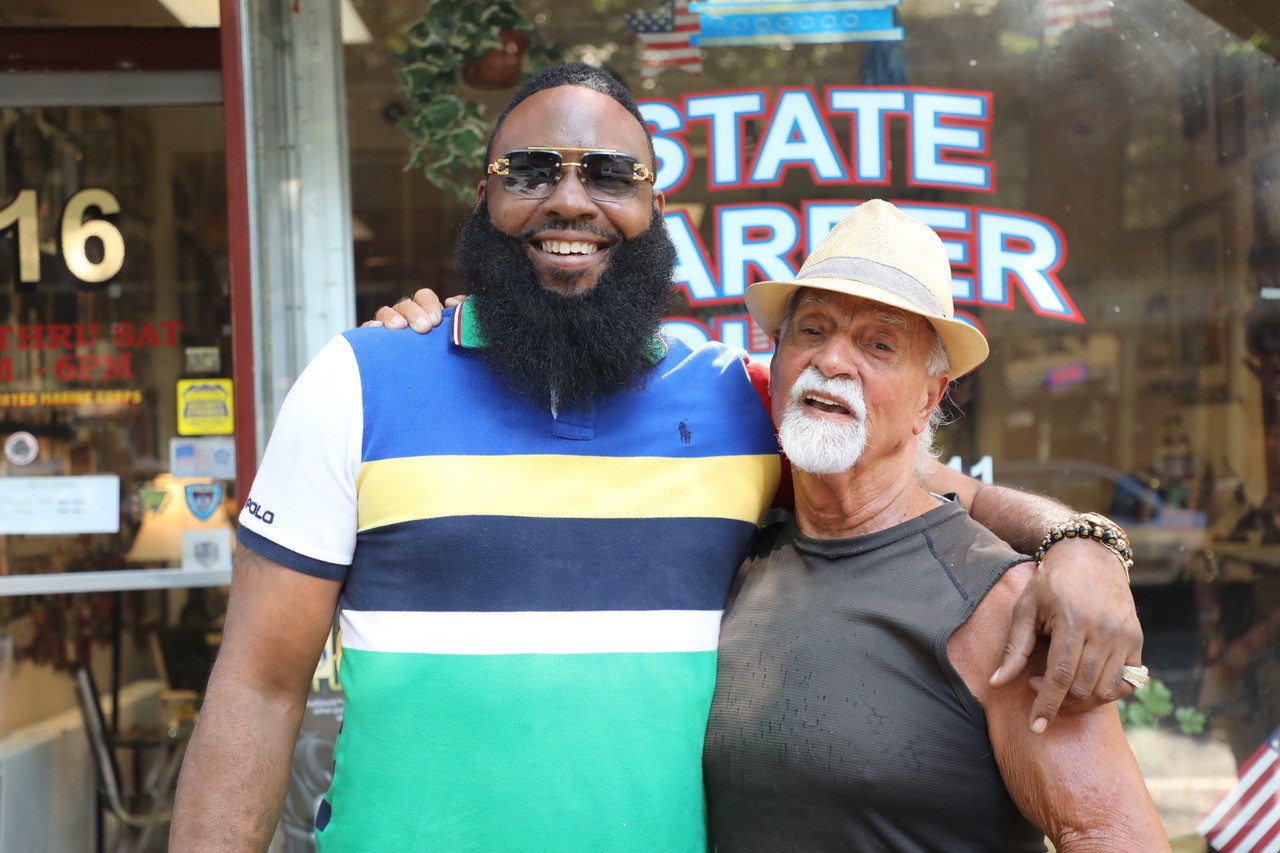 While it’s often said “a picture is worth a thousand words,” the old adage is even more profound as seen in a recent photo captured by William “Butch” Osterman. The image reveals two barbers in Trenton representing different generations and cultural experiences coming together in love and respect for each other. It’s a beautiful thing.

Joe Festa, AKA the “Mayor” of South Warren Street, has been the go-to man in town for not only a new hair style, but guidance on the city, emotional support and a friendly face to talk to. “Honestly, my specialty is making people feel good about themselves,” he said. “I love people.”

For Festa, cutting hair at State Barber Shop has never felt like a job. Being a barber is more than his life’s work, but a passion. For Festa, the city of Trenton is more than just a place where he happens to live. This city is his home. He said, “The people that have businesses here, we’re like one big family.”

Wayne Downing credits the name of his shop Success Barber Shop & Salon to an old friend, Daniel Day, popularly known as Dapper Dan, a top designer for the well-known American fashion company, Gucci. Not only has Downing used success as a term for personal inspiration, but he also emphasizes spreading success among the community he cuts hair for.

For Downing, a hair cut is more than just an alteration in appearance. He said, “Cutting hair is like being a counselor.” He continued, “Once you get in the chair, they talk about their problems…you know, just regular life situations, and I try to give them the best advice I can give them.”

Wayne Downing’s great uncle and Trenton native Al Downing, was the first African American pitcher in Yankees history. The Yankees legend, who recently retired as a sports commentator, is also a good friend of Joe Festa, cementing an even more profound familial connection between the two barbers.

While nearly four decades apart in age, they share similar spirits and exude a genuine love and passion for all people coupled with a deep respect for one another.