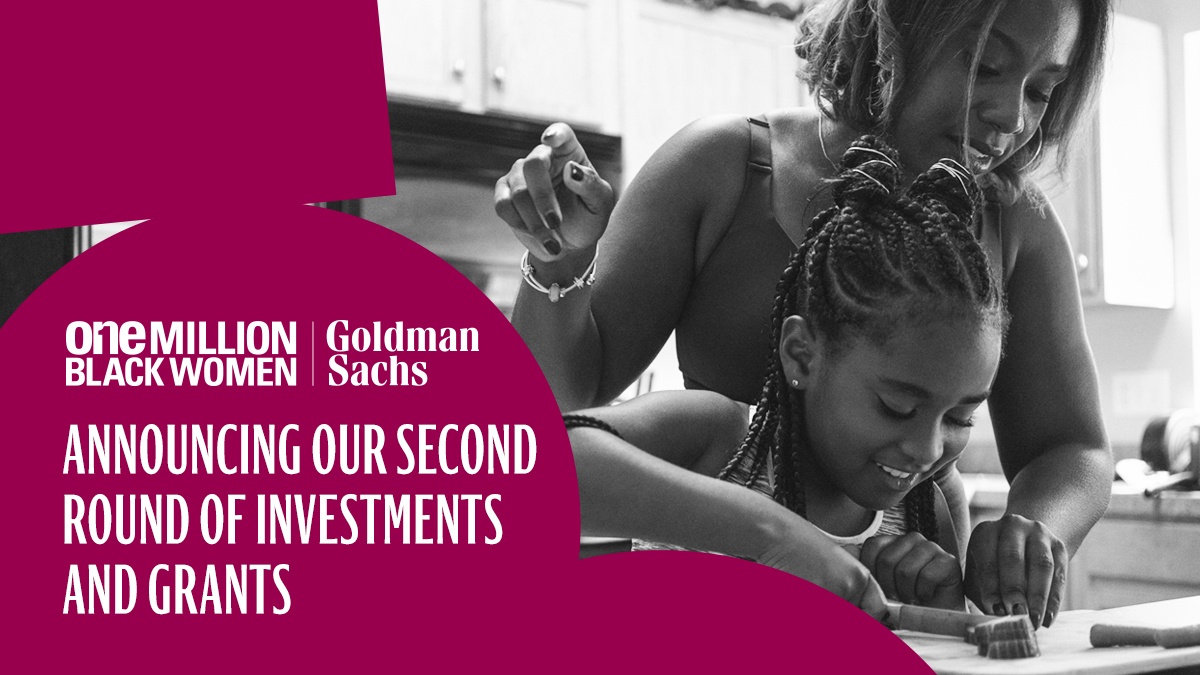 Through the new partnership, $20 million in loan capital will be invested over a seven-year period as microloans in Grameen America’s current and future Elevate network branches. Through Grameen America’s unique group-lending model, loan capital is repaid and redeployed to reach Black women entrepreneurs nationwide at scale. Philanthropic funding from Goldman Sachs One Million Black Women will directly support Elevate’s service operations and grassroots outreach within Grameen America’s existing branch network, including in Newark, NJ, New York City, and a new third location to be determined.

Grameen America’s field staff, including Outreach Coordinators and Community Development Managers, are hired directly from the communities they serve to engage with and provide financial services to women entrepreneurs. To ensure the needs of Black women are fully addressed, additional philanthropic support will fund Grameen America’s ongoing test-and-learn pilots to determine areas of program enhancements and delivery.

“The launch of the new partnership between Goldman Sachs One Million Black Women and Grameen America confirms our shared commitment to addressing systemic, financial barriers faced by women of color,” said Andrea Jung, President and CEO of Grameen America. “Our joint commitment proceeds with great urgency given the disproportionate impact of the pandemic on communities of color. With this generous support from Goldman Sachs One Million Black Women, we can ensure all women entrepreneurs, regardless of race or income, have access to fair and affordable financial services in communities across America.”

“We are thrilled to partner with Grameen America and invest in the transformative Elevating Black Women Entrepreneurs program. We know from working intimately with small businesses that access to capital is one of the greatest barriers to entrepreneurship, especially for Black women and the data validates this fact,” said Margaret Anadu, Global Head of Sustainability and Impact for Asset Management at Goldman Sachs. “Grameen America’s track record of providing very small loans to women living in poverty has positively impacted over 100,000 women. This is precisely the type of impact that we want to accelerate through our investment; and these are exactly the types of results that we are striving for through One Million Black Women.”

The impact of systemic racism continues to severely limit the Black community’s ability to access affordable credit and capital despite high rates of entrepreneurship. In the United States, a staggering 30% of low-income neighborhoods and 15% of Black women are credit invisible, according to a study by the Consumer Financial Protection Bureau.

“This significant partnership with Goldman Sachs One Million Black Women will meaningfully address funding gaps faced by emerging Black women entrepreneurs,” said Alethia Mendez, Division President for Elevating Black Women Entrepreneurs at Grameen America. “By engaging with and directly lending to communities of color, we are making financial inclusion a reality for tens of thousands of Black women now and far into the future.”

Grameen America, the nation’s fastest-growing microfinance organization, works to advance financial inclusion and economic mobility for financially underserved women entrepreneurs in the United States. Since 2008, the organization has provided affordable capital, credit- and asset-building, financial education, and peer support to enable program participants to enter the mainstream financial system, boost their income, and create jobs in their communities.

The organization, which has invested over $2 billion in microloans to 142,500 women entrepreneurs across 20 cities, recently launched its racial equity initiative Elevate to accelerate its efforts to address systemic lending barriers for women of color. The dedicated program has since developed roots in Memphis, TN, Newark, NJ, and New York City, with goals to expand nationally and invest $1.3 billion in loans to more than 80,000 Black women entrepreneurs by 2030.